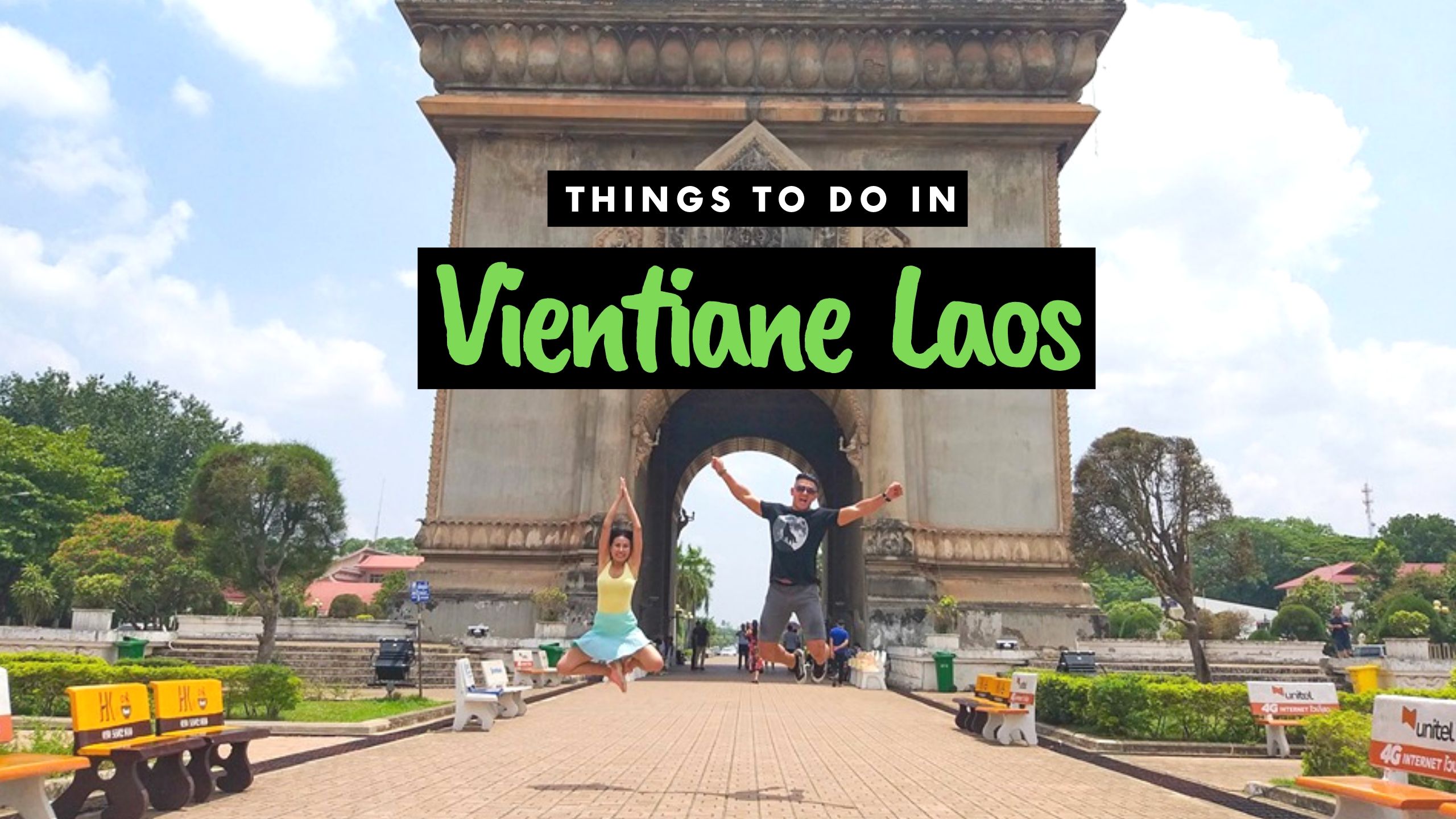 After living in Southeast Asia for over two years now particularly around Thailand, I didn’t have very high expectations about visiting Laos but I ended up pleasantly surprised. I expected to see basically the same things I already see on a daily basis in Thailand but there were some unique attractions and differences that really made this experience worthwhile. Even though they accept Thai baht and speak Isaan Thai, you can also spend the local currency of Kipp and pick up on some of the subtle differences between the two countries.

Although the primary purpose of this visit was a Visa run to the Royal Thai Embassy Vientiane, The food and attractions while we were there made for a perfect short getaway. We only spent 3 days in Vientiane but it was enough time to not feel super rushed while exploring the local attractions during the day and chill nightlife scene in the evening. I’m not going to bore you with a bunch of Buddhist temple pictures as I have seen more than my fair share in Thailand, but if you haven’t had enough then there is plenty to see here.

Outside of some of the more common attractions I previously mentioned, there were a couple that particularly impressed me and which I would highly recommend checking out if you’re ever in Vientiane. Other than sightseeing, I was also keen on some of the food options and will make some recommendations below as well, both from personal experience and also highly suggested online.

Also known as the “Great Golden Stupa“, this symbolic Buddhist building was erected in 1566. This impressive symmetrical structure is one of the most recognizable attractions in the Laos capital city of Vientiane. 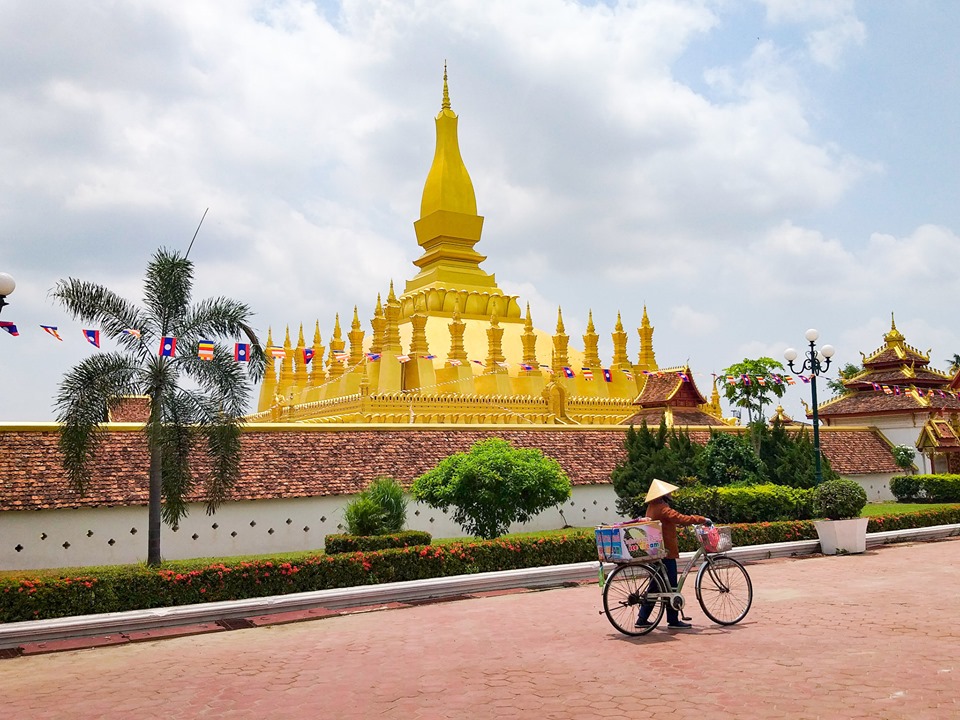 The main structure and stupas aren’t actually painted gold but are instead literally covered in over 500kg of gold leaf! 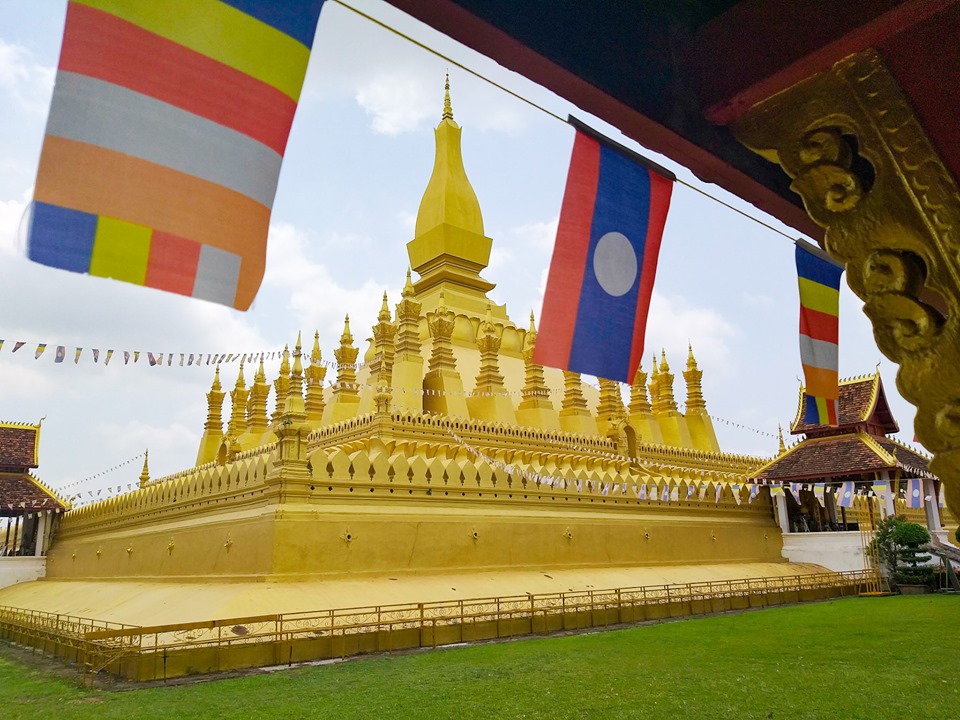 The Pha That Luang Temple is built like a pyramid and stands 45 meters tall with a base of 69 meters. This temple was originally built by the Khmer civilization (now Cambodia). According to popular belief, the temple houses a relic of Buddha (a rib to be exact) brought by missionaries from India. 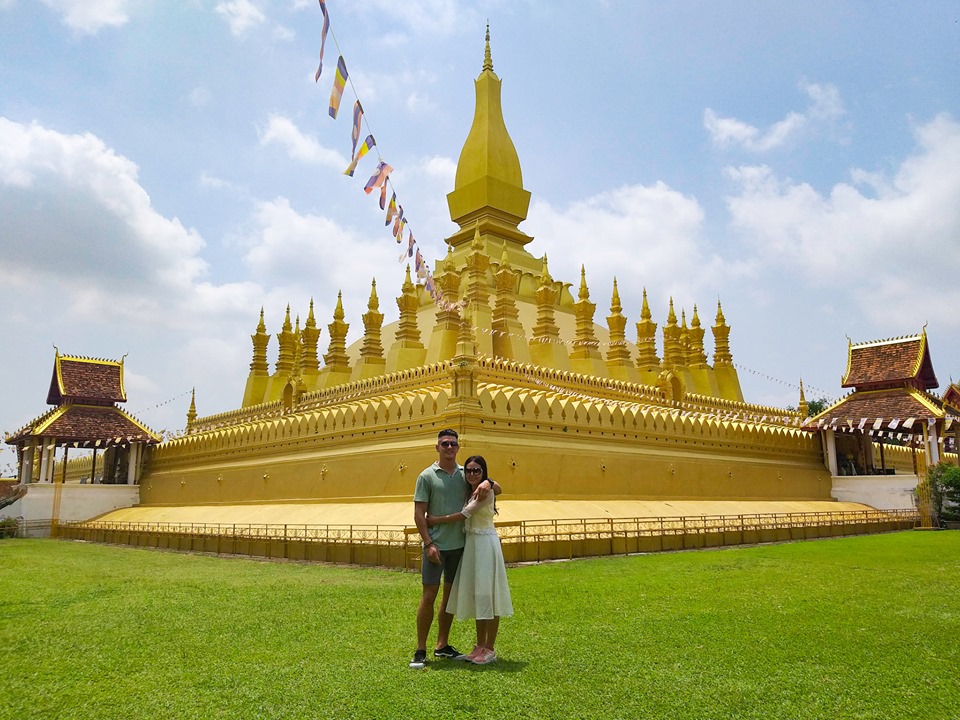 There is one main stupa in the center which is then surrounded by 30 other stupas creating a really nice visual effect. In 1828, during the invasion of the Kingdom of Siam (Now Thailand), they were ordered to plunder the gold from the temple and it was almost completely destroyed. 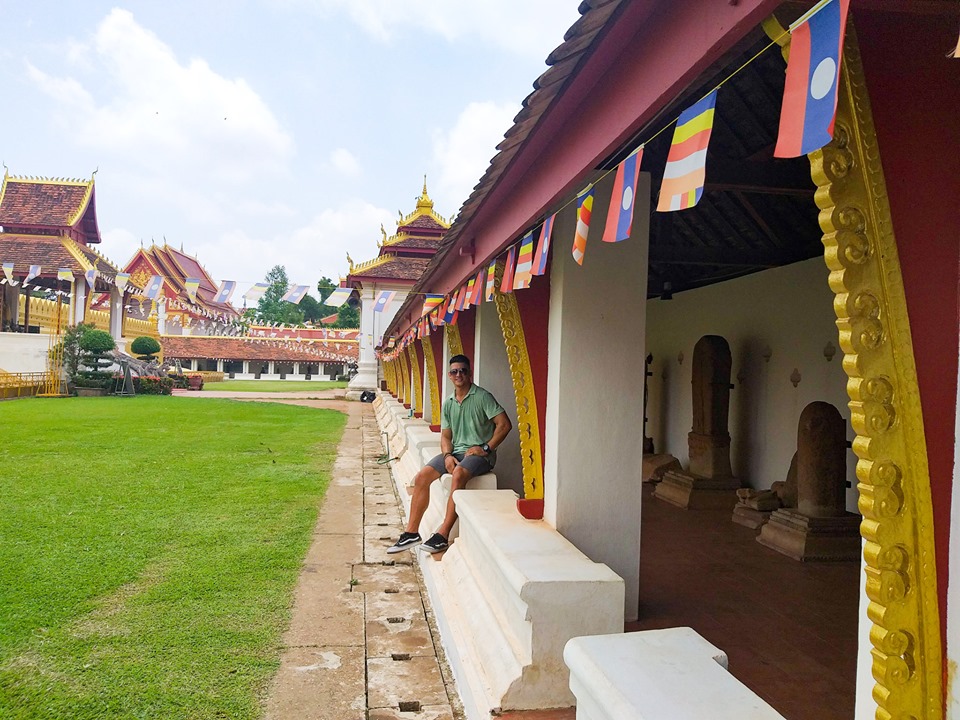 On each side, there is also a place for prayer and offerings, but remember to remove your shoes as it is custom. The temple was abandoned until a French Architect Louis Delaporte attempted to (unsuccessfully) rebuild it in 1900. It was then officially rebuilt correctly in 1930, was burned down again in 1940 and was finally rebuilt at the end of World War II. 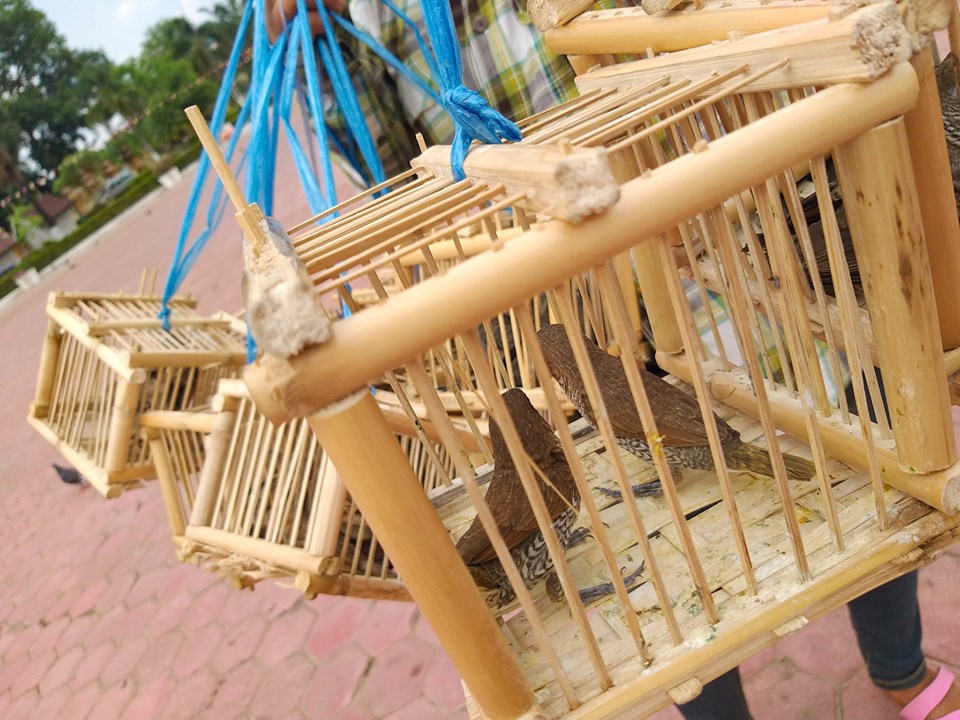 If you see animals like this at temples, it’s a popular religious tradition for good luck to free the animals which unfortunately are being held in captivity for this sole purpose.

The Patuxai Monument is a large building, similar to the Arc de Triomphe in Paris, which is located in the center of Vientiane in Laos. Built-in 1962 to celebrate the independence of Laos from French occupation, this landmark was never actually completed due to “turbulent government” issues. 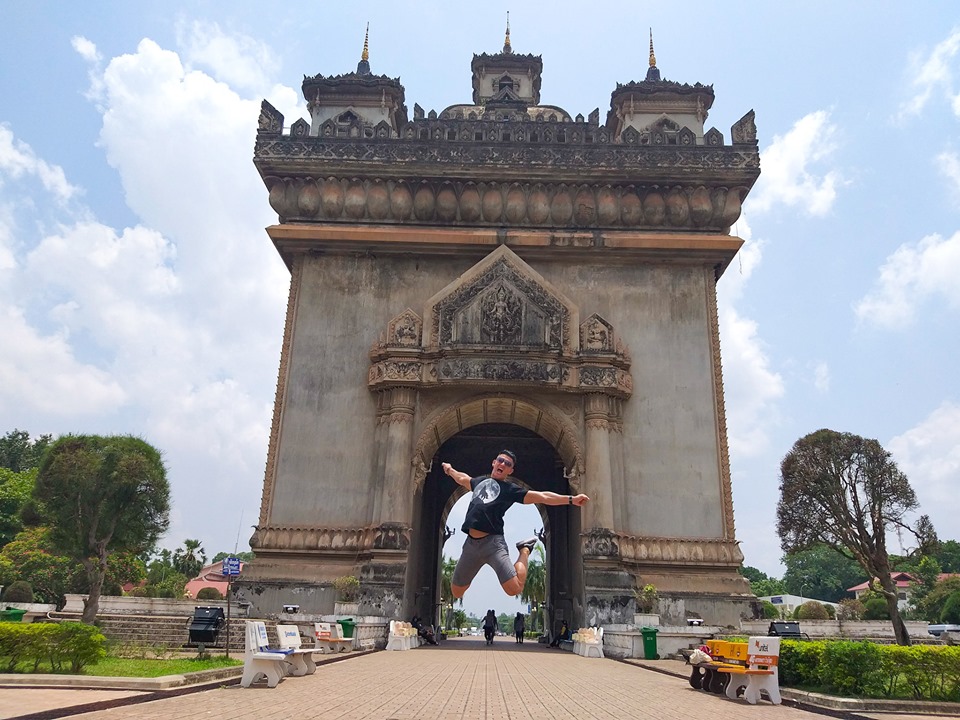 Also known as the Victory Monument, it was mostly funded directly using “friendship funds” from China, and indirectly from the United States. The Americans provided money for a new airport but funds were instead redirected for the concrete needed to create this structure and cost around 63 million kip. 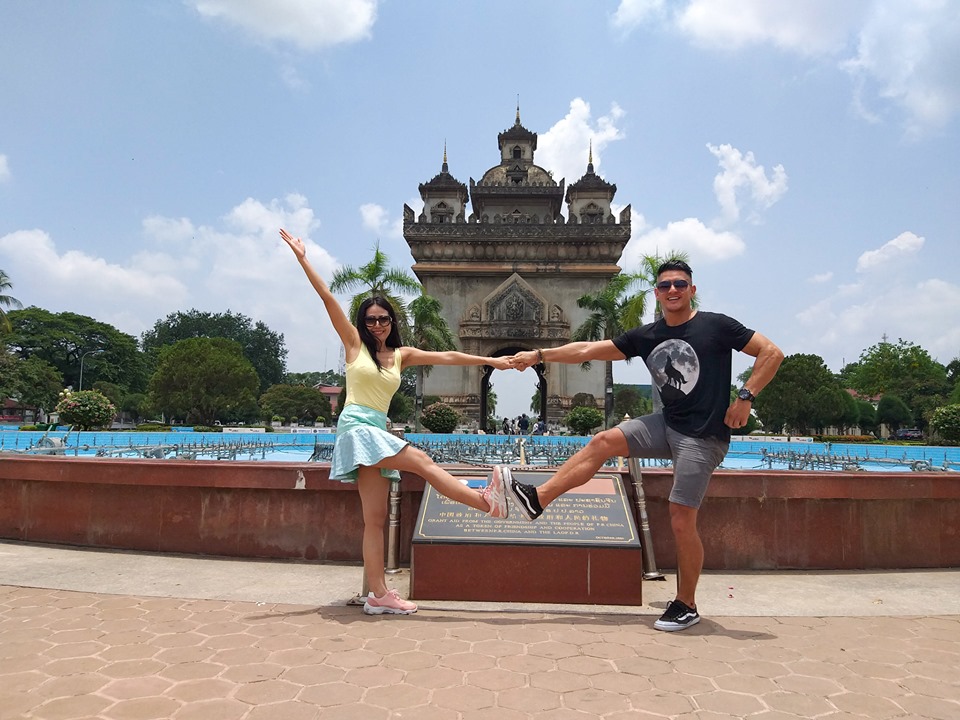 The pond is usually filled with water which provides a great reflection of the monument as seen in most pictures online but was actually empty for “cleaning” when we went.

The interior of the arches contains images from Laotian mythology including the half-bird, half-woman canary and Erawan, the three-headed elephant. This is where you can enter the partially completed rooms and stairwell to the 7th-floor viewing area for 5,000 kip.

For something that’s only partially finished we were still very impressed and got some pretty sweet pics too making it one of my top recommendations for things to do in Vientiane.

Exploring the food scene was another pleasant thing to do in Vientiane, but you should be careful to not spend too much Thai Baht as you will always get better correct change and conversions in Laos Kip.

Of all the places we went to eat, there was a particular craving my girlfriend had for some authentic Isaan style Somtum. We found a good place on an off-street near the downtown Mekong River waterfront. 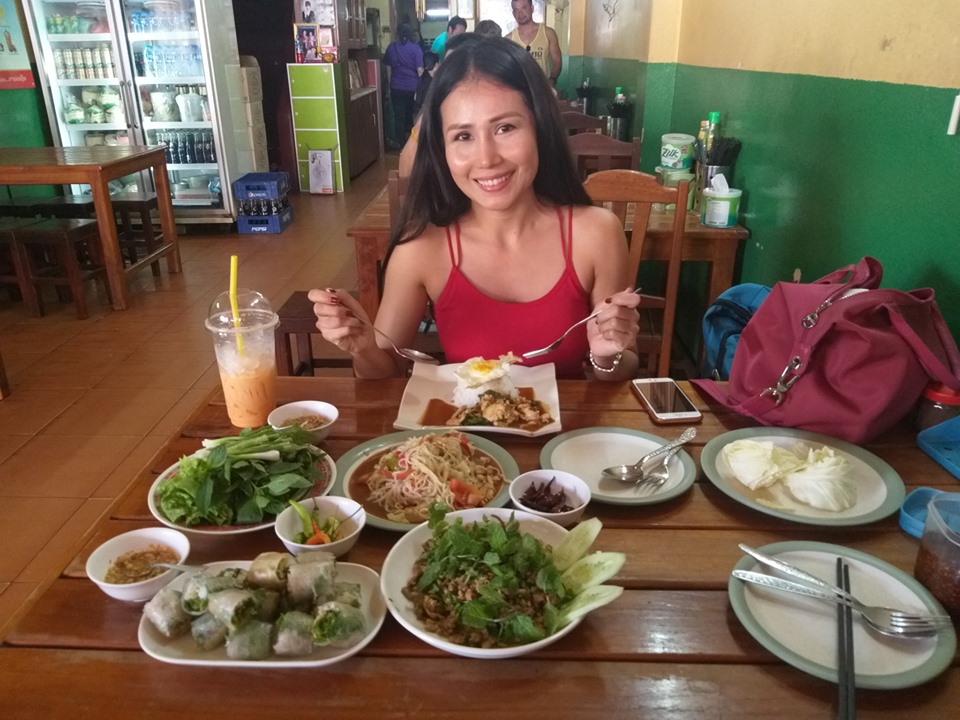 There is a delicious little restaurant close to the center of town that serves Vietnamese style Nem Nuang. This is a hand seasoned and slow cooked pork dish accompanied by various fresh vegetables like lettuce, cabbage, sprouts, garlic, and peppers as well as sliced green bananas and a sweet peanut sauce. 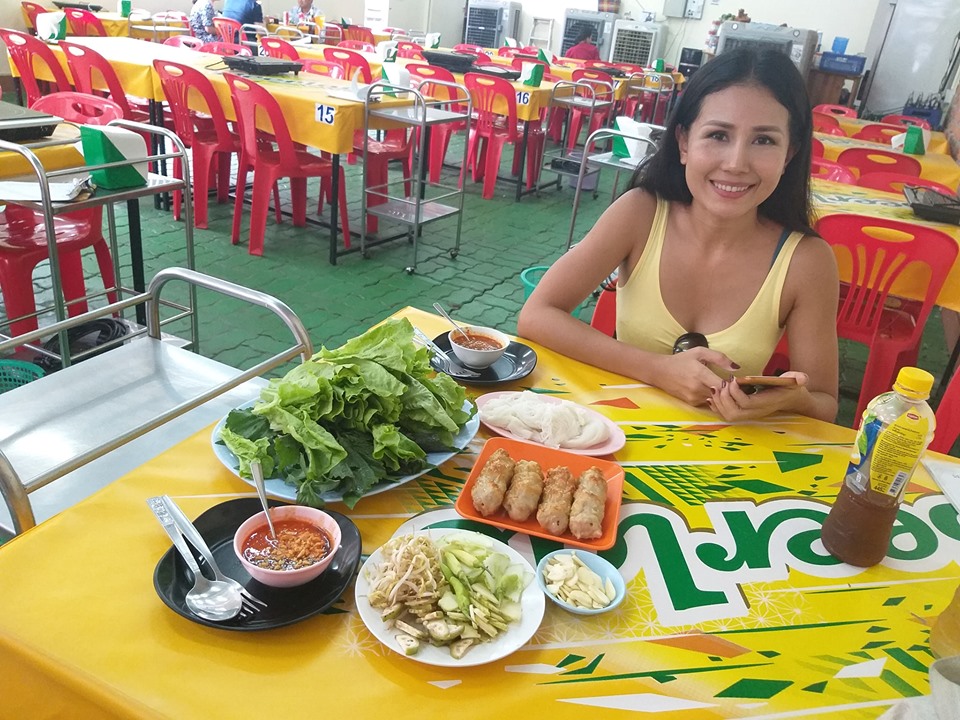 If you’re looking for a modest yet incredibly delicious and well-priced place then you should check out Jamil Zahid’s. When we first followed the directions looking for this highly recommended restaurant, we ended up in a sketchy alley and weren’t sure we were even in the right place. 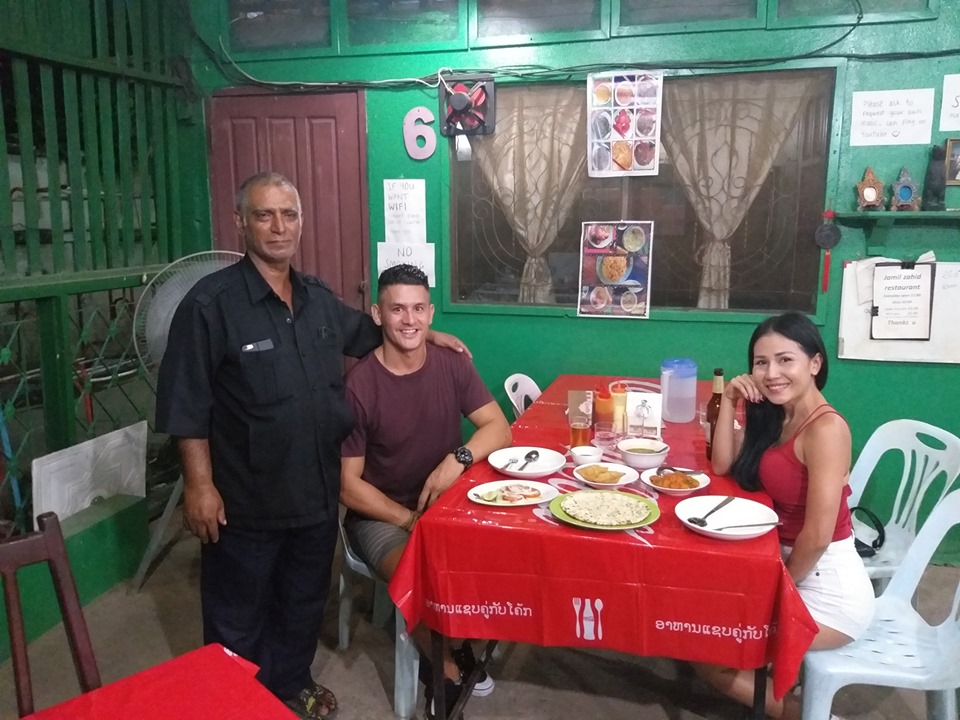 This was the correct place and the food was incredible! We ordered Butter Chicken Masala, Tandoori Chicken, two garlic Naans, an appetizer and a beer for only 100,000 kip! (12 USD) The owner Jamil was also super friendly and likes to take pictures with and of his guests. Highly recommend popping by here if you like Indian or Pakistani food.