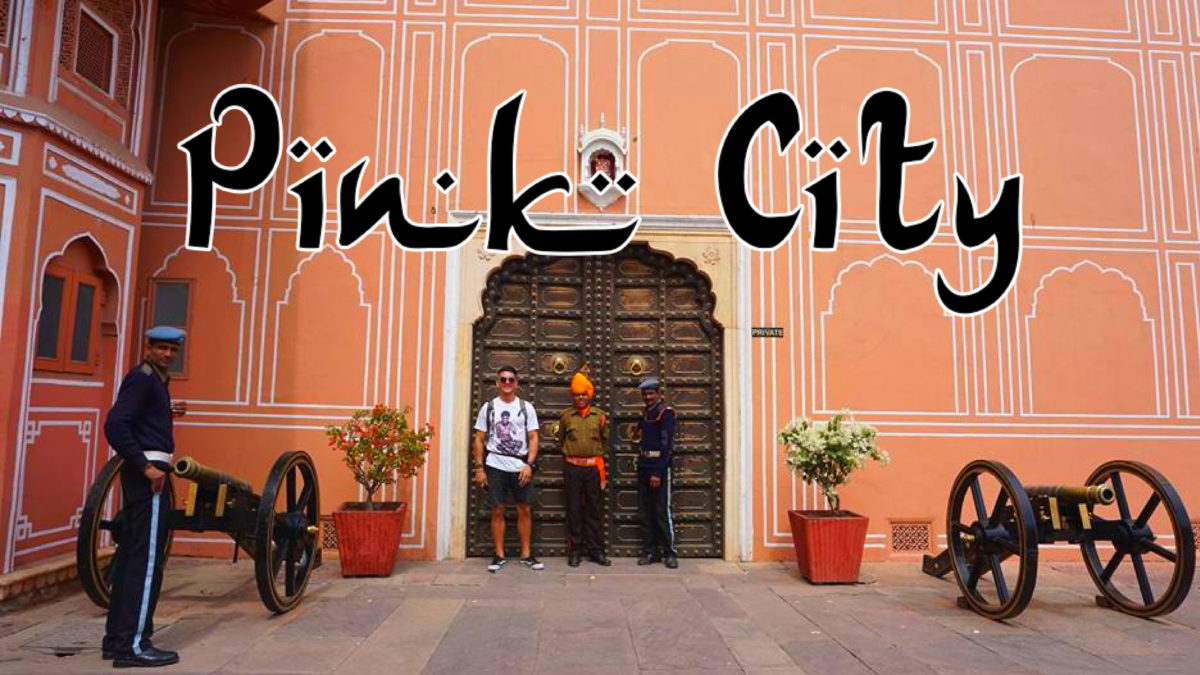 The seat of the Kings belonged within these palace walls as it was from where they ruled the region. Also known as Pink City,  this Palace takes up approximately 1/7th the size of all old Jaipur with its mixed Mughal and Rajput architecture. Not far from Hawa Mahal, you could do what I did and spend a few hours perusing the palace museums and other points of interest. City Palace Jaipur is highly recommended for art any and history enthusiastists.

As I made my way up to the palace it resembled more than I could have imagined, considering this was my first time being in a setting so, near the Middle Eastern, all of the designs and architecture were new to me.  The picturesque flock of pigeons on my way in made it even more authentic. You can feed hundreds of them out here on the street, along with goats with clothes on, but we’ll talk about that later. 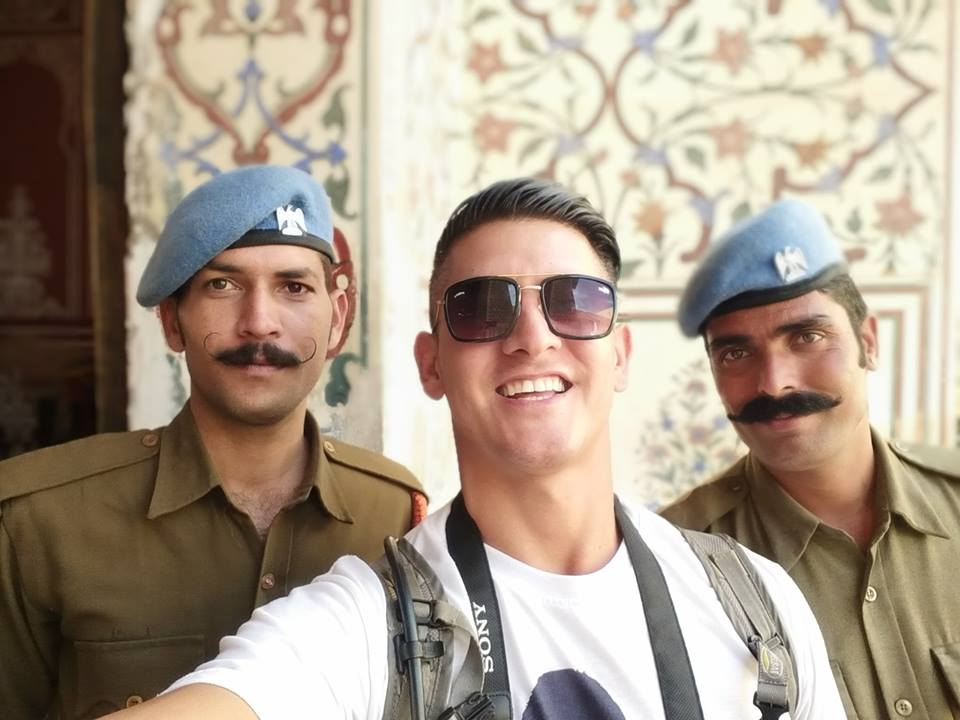 Don’t be surprised if the guards have some really cool mustaches, mine did and it was definitely picture worthy. They provide a composite ticket which gives you entry to the museum and the Jaigarh Fort. 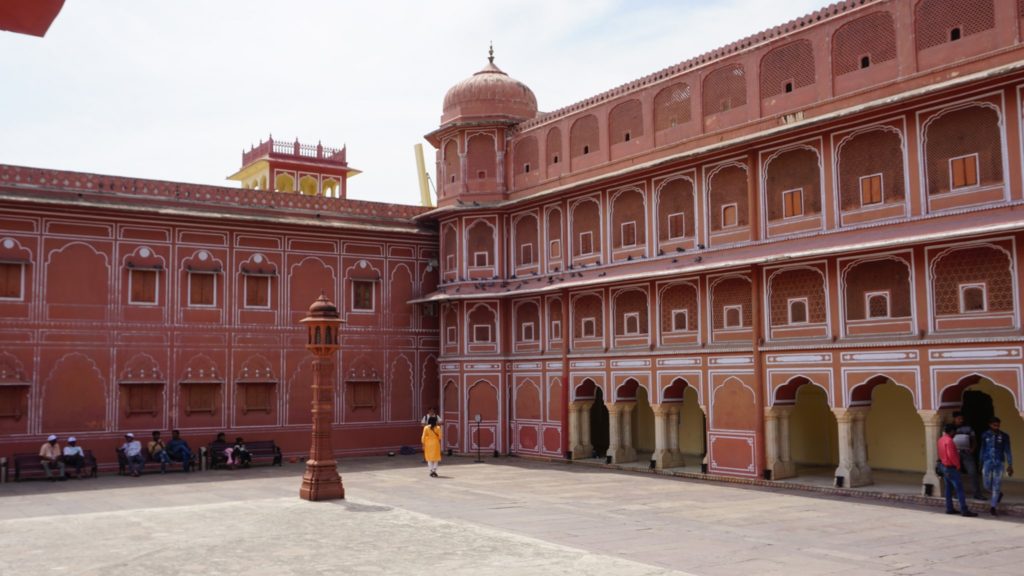 The white trimmed inner palace walls are where the term Pink City Palace gets the name.

It will take about 2 hours to really check things out, but like many museums, it was not allowed to take pictures in some of the more interesting rooms that had really cool medieval weaponry. There was huge musket style cannons up to 8 feet long, barbaric but really interesting style of knives and countless other armaments. 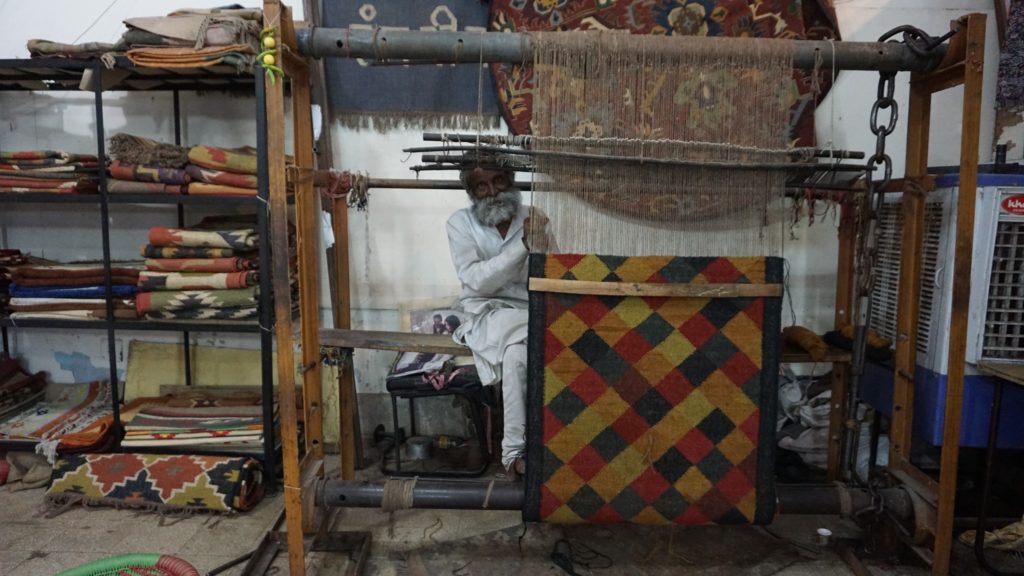 Don’t let that stop you from having a good time when this cheery old rug maker can teach you how to use his machine, hand thread, and assemble one classic Indian style. 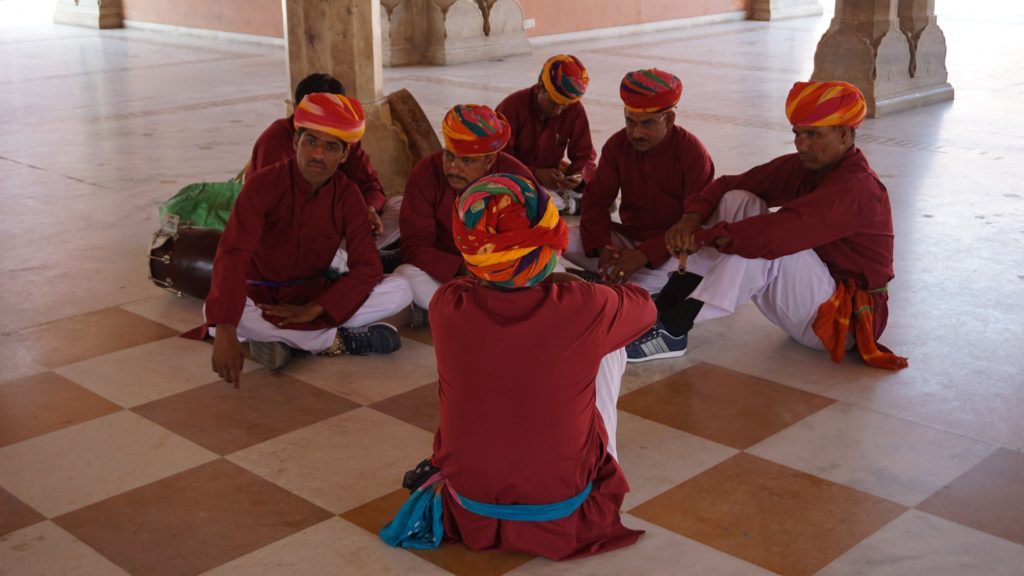 Throughout the time I was wandering around, I noticed there would be occasional displays for entertainment including music and a puppet show. Unfortunately, I didn’t get to see a procession of ponies. 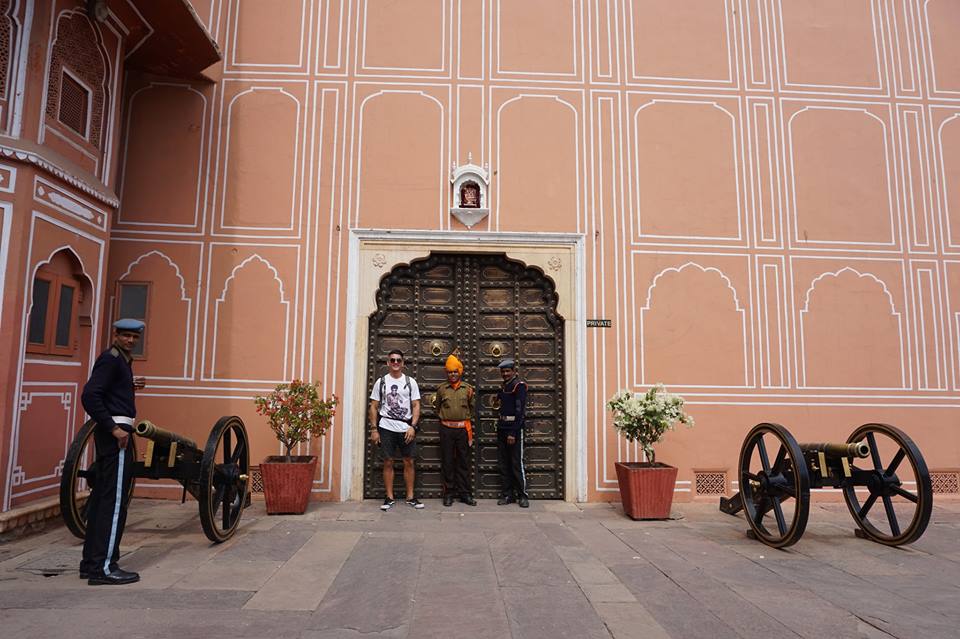 There are many opportunities to snap a shot with the guards for a small donation of course. 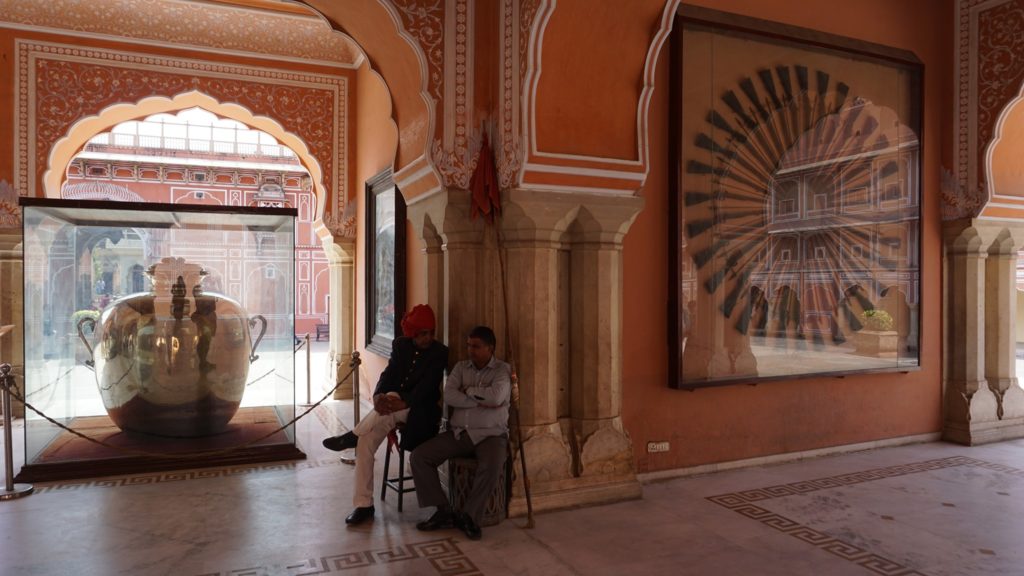 The City Palace was constructed in Jaipur in 1729 by the order of Sawaii Jai Singh II and is still well preserved today making it one of the more popular attractions in the city. 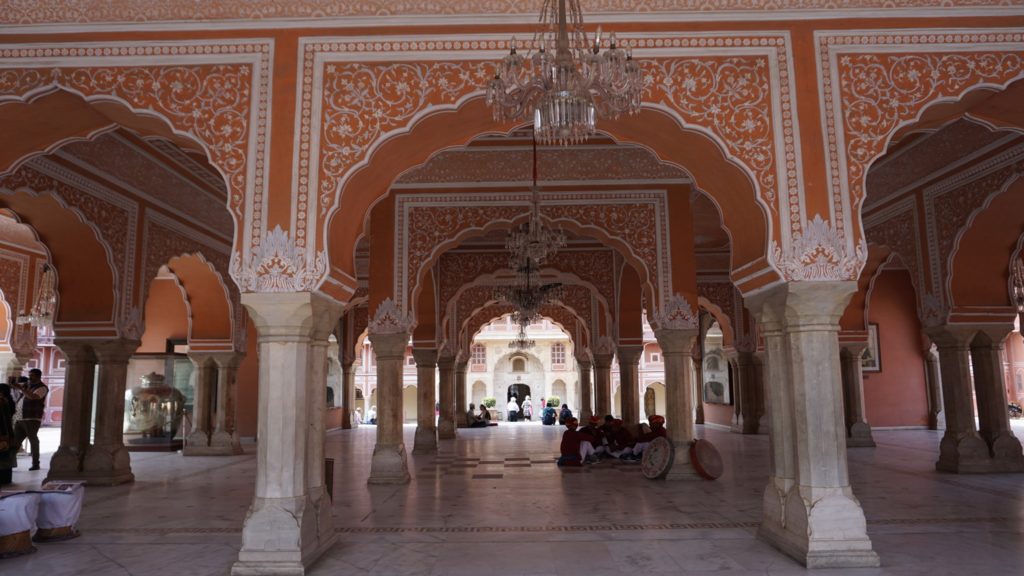 Without a doubt, it was super cool to visit here and get a feel of how it would have been like to live like a King back in the Medieval Middle Eastern times. 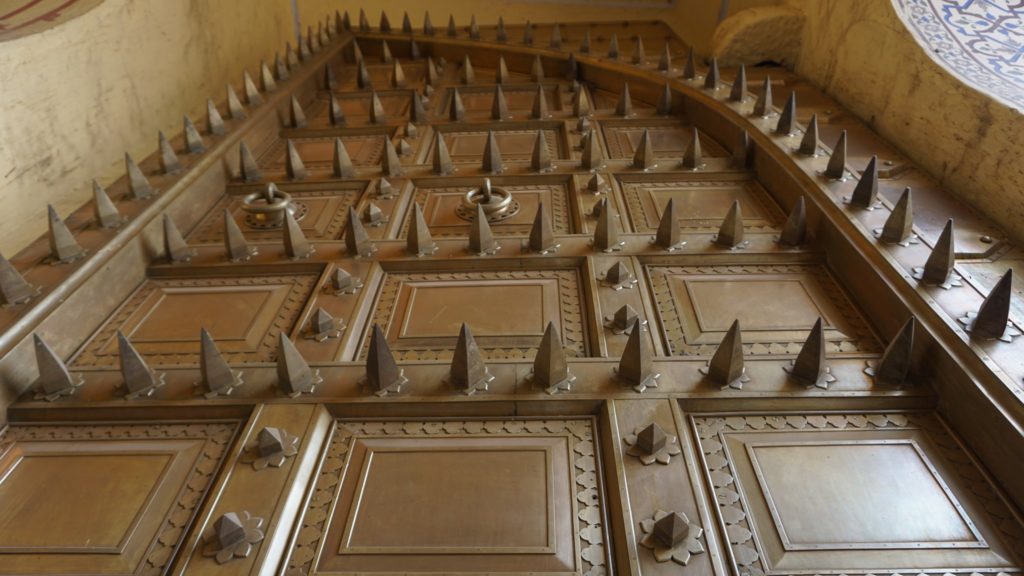 Can’t forget about this swami yogi Hindu fellow who was eager to take a pic for a few Rupees. Although there were many other places to see in Jaipur, I was definitely happy to have visited here and would recommend it to others. 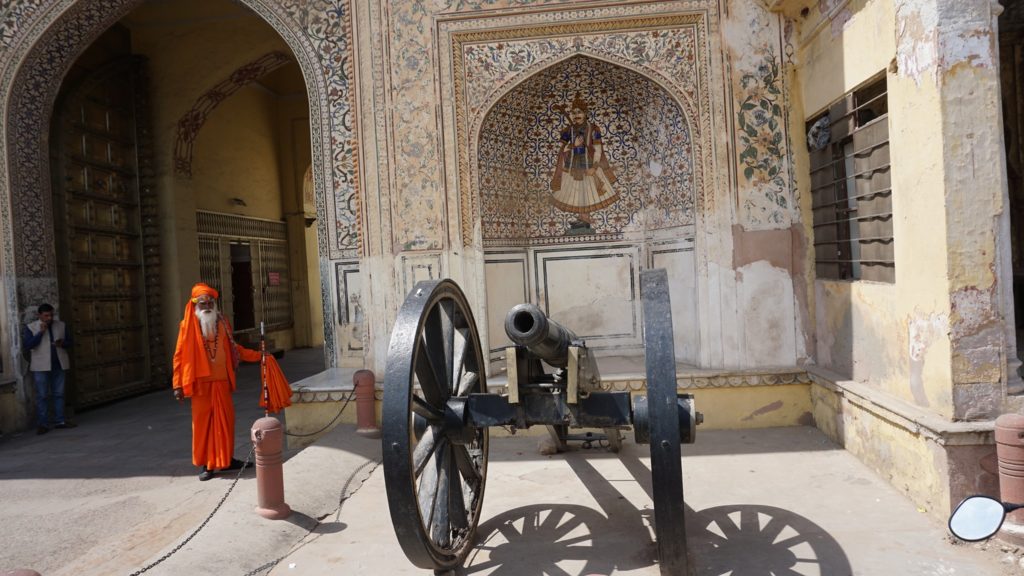 Don’t be surprised if you see goats running around in human clothes, Indian people just say “it’s a blessing”, haha.