If you’re planning on coming to Thailand or you are already here then planning an Ayutthaya Day Trip is something you should definitely consider! Ayutthaya is an amazing place, I like to call it the Ankor Wat of Thailand and considering I’ve been to Ankor Wat and consider Ayutthaya just as cool if not better than the temples in Cambodia says a lot.

I took my Ayutthaya day trip with my Thai friend Ariya and International model friend Vin, leaving at 9am from Samut Prakan the trip took us about 2 hours, but from around Bangkok you may be able to make it in less. We took highway 9 almost the entire way up and back and it is the straightest and least congested route.

The incredible city of Ayutthaya was founded in 1350 and was the second capital of the Kingdom of Siam. It became a very successful metropolitan area from the 14th to 18th centuries as it became a center for local trade and commerce. The city itself was built in between three rivers and also strategically higher than the Gulf of Siam to avoid seasonal flooding.

In 1767 the Burmese army razed and burned the city to the ground, forcing its inhabitants to evacuate and abandon the city. It was never rebuilt and today is known as one of UNESCO’s top archeological sites in the world.

The city was attacked and razed by the Burmese army in 1767 who burned the city to the ground and forced the inhabitants to abandon the city. The city was never rebuilt in the same location and remains known today as an extensive archaeological site.

There are many temples and ruins to visit and explore in Ayutthaya that it can be tough to see them all in one day so I will list the ones I went to below. 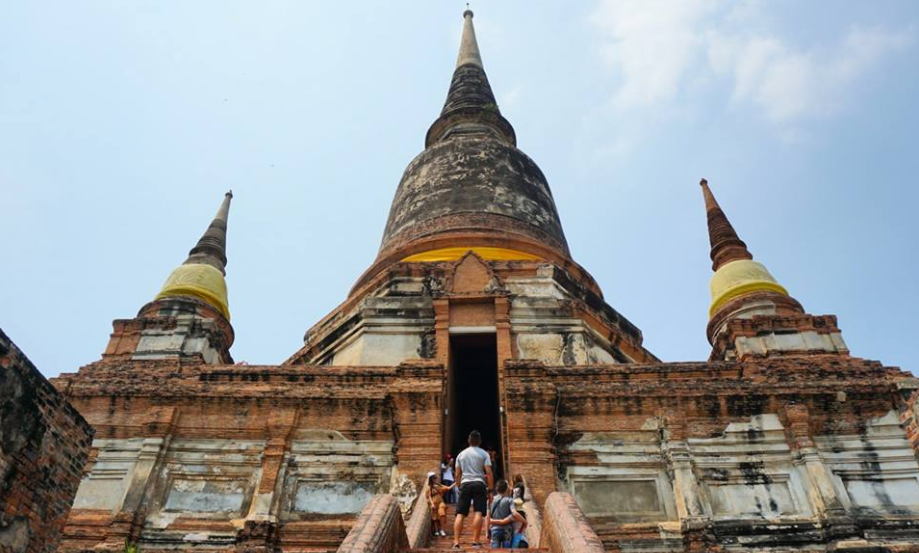 Wat Yai Chai Mongkol also was known as “Wat Pa Kaew” or “Wat Chao Tai” is located southeast of Phranakhon. Highlights of the temple include a large pagoda which was renovated during the reign of King Naresuan. Inside the sacred temple is an enshrined Buddha statue. There are excellent views of the surrounding area from the top of the temple, slightly resembling the views I had in Bagan Myanmar. 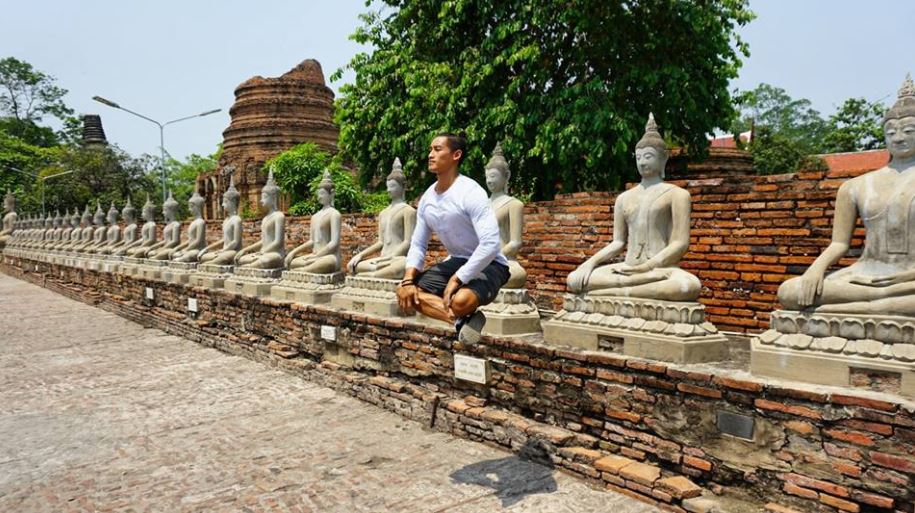 On ground level around the temple, you can find a large lying down Buddha statue as well as some really cool lined up smaller Buddha statues as seen above which create a nice visual when taken from certain angles, especially if you can manage the hops and pose of my friend above! 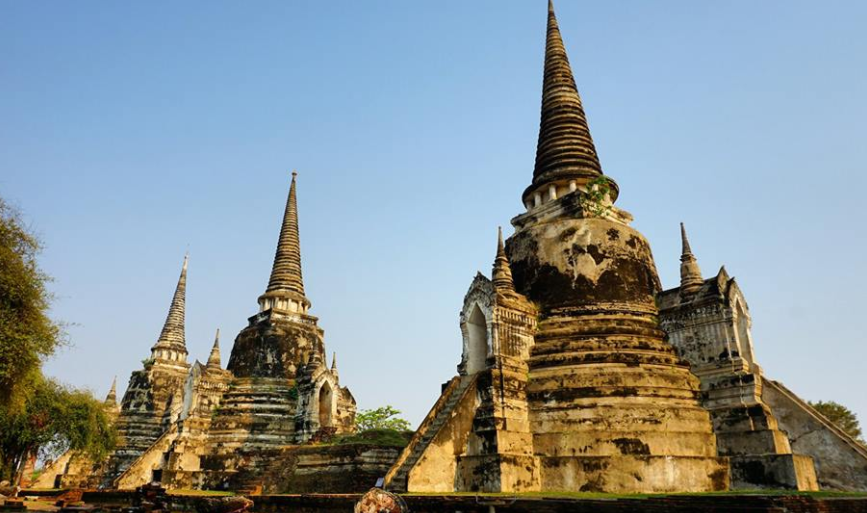 Wat Phra Sri Sanphet also was known as the Temple of the Holy or Splendid Omniscient, was considered the holiest temple in Ayutthaya before the city was completely destroyed by the Burmese. Below you can see me pictured with a group of beautiful Thai women in traditional Siamese wardrobes, I was very fortunate to get a picture opportunity with them, it really made my day,if you can’t tell by the dorky smile on my face = ). 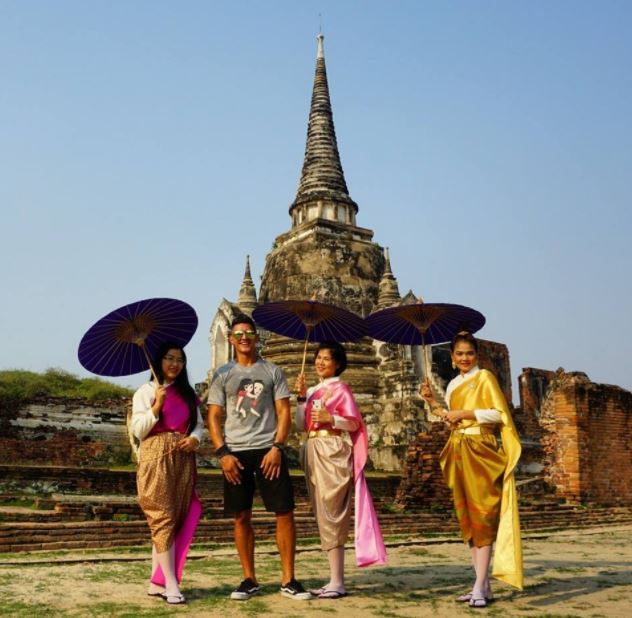 This temple was actually the site of the old Royal Palace in the ancient capital city and served as a model for the most beautiful and grandest temples in Thailand known as Wat Phra Kaeo in Bangkok. 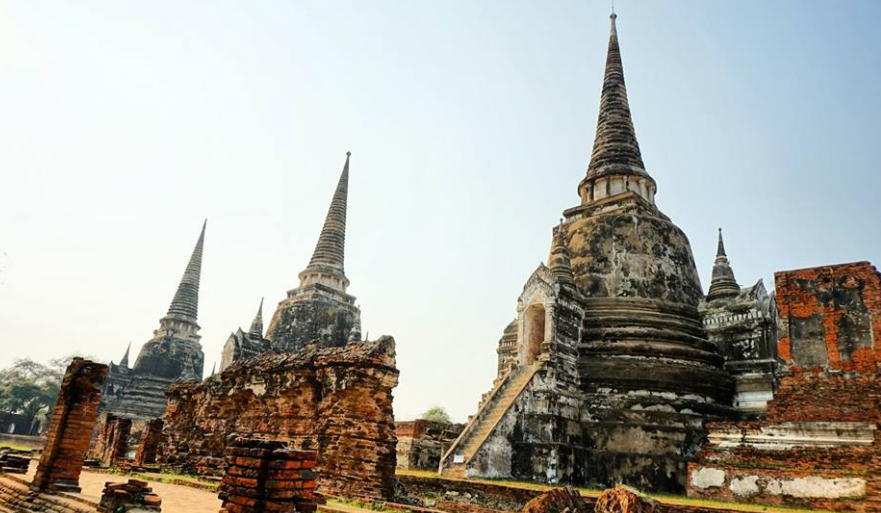 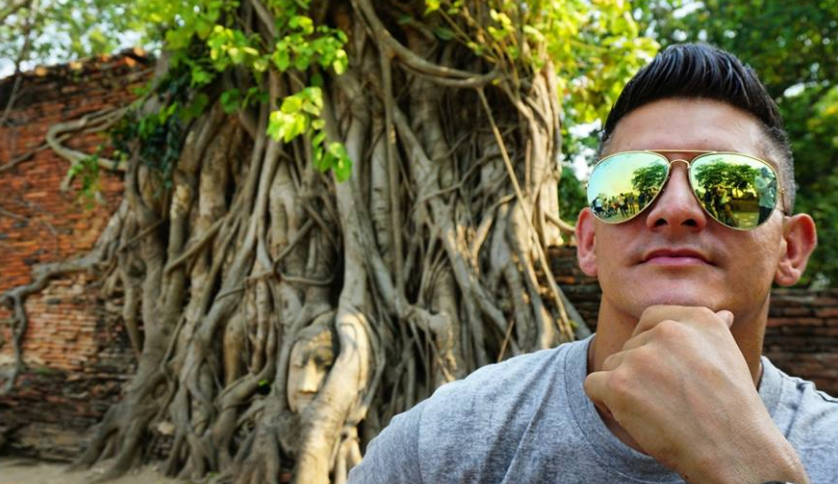 One of the most well-known temples to both Thai and Farang alike Wat Mantathat, with its most notable feature being the disappearing Buddha head lodged in the roots of a tree there has become an international icon.

This temple is located near Pa Tan and East of Wat Phra Si Sanphet. It is said to be the first pagoda built during the Ayutthaya period and there are many sites to see at this location. Make sure to check out the small and large prangs as well as the octagonal pagoda, patriarch and temple base. 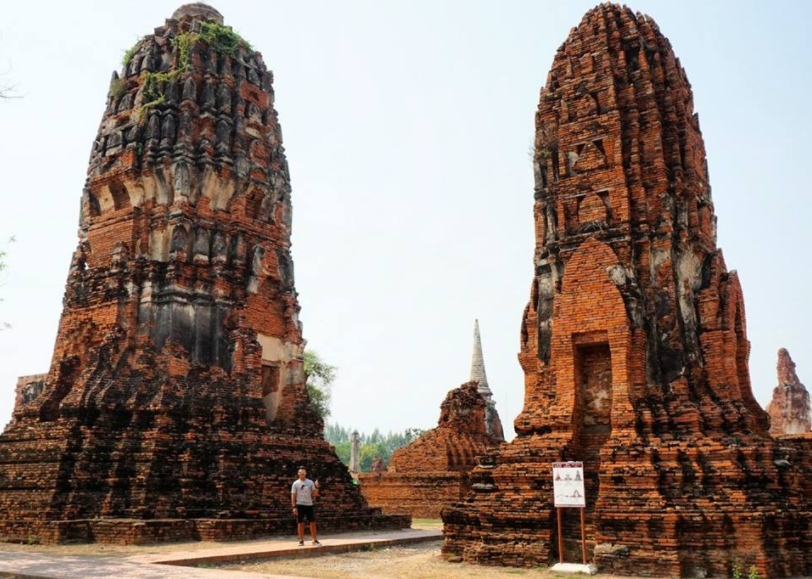 This is another one of the best-known temples in Ayutthaya, located on the west bank of the Chao Phraya River, outside the island of Ayutthaya island. The Khmer style Wat Chaiwatthanaram was used by the king and royal family and also served as a Buddhist monastery.

During sunrise, you can capture amazing pictures reflecting off the water on the opposite side of the river. Being that the temple is so large and spread out another tip for the best pictures are actually taken on the outside of the temple where you can get it all in view.

Wat Ratchaburana is another Buddhist temple located near the center of the island, adjacent to Wat Mantathat. Its most notable feature is its ornate Prang tower which is considered one of the most beautiful in the city. 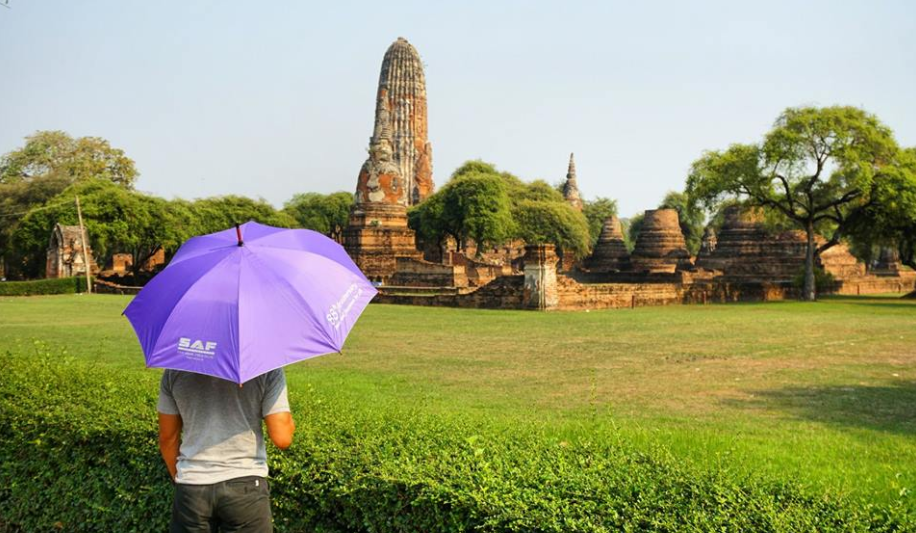 This temple compound houses a large prang and many chedis and considered a recreational site located East of the royal court yard and opposite its assembly hall. This site is partially surrounded by a largepond formerly named ‘Nong Sono’, but is now called Bung Phra Ram. 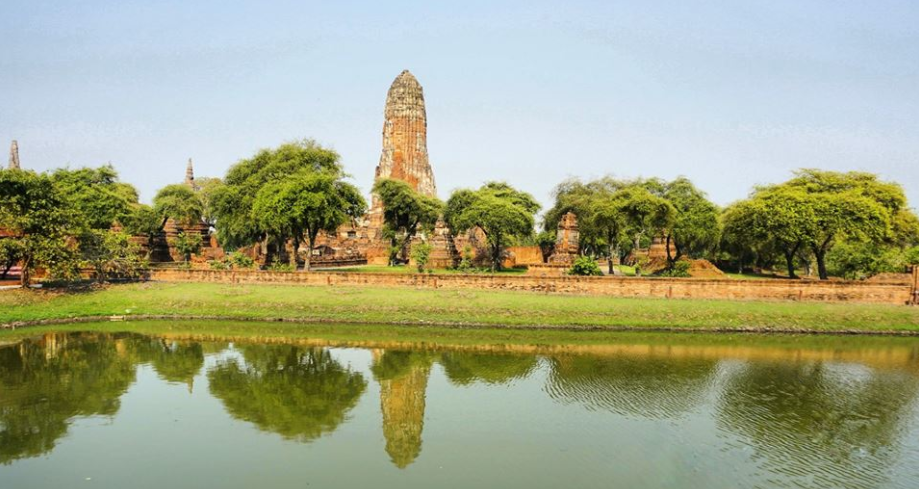 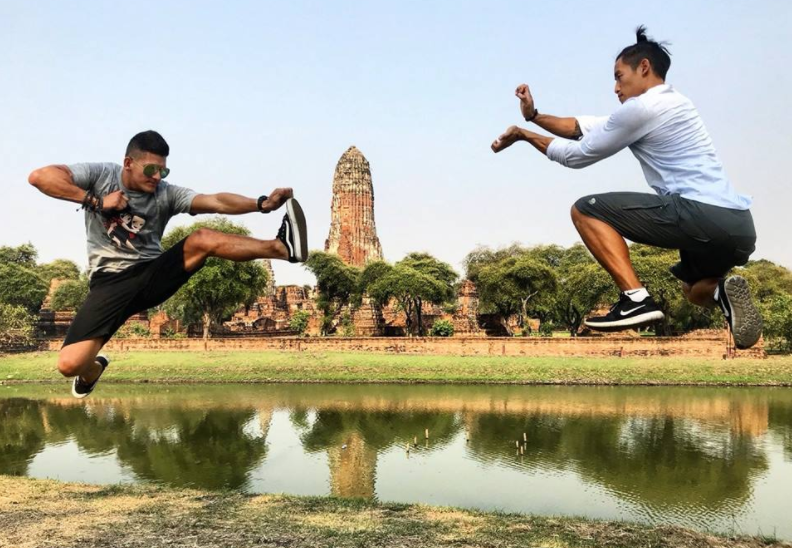 Thank you for reading about my Ayutthaya Day Trip! It was by far one of my favorite trips in all of Thailand. Considering I spend most of my time here near beaches it was nice to get away from the sand and ocean in exchange for something with a little more cultural significance.

If you have any questions you can leave a comment below or follow me on Instagram @nomadicnava then send me a direct message. If you want to read more of my blog posts you can find them here. Thanks!