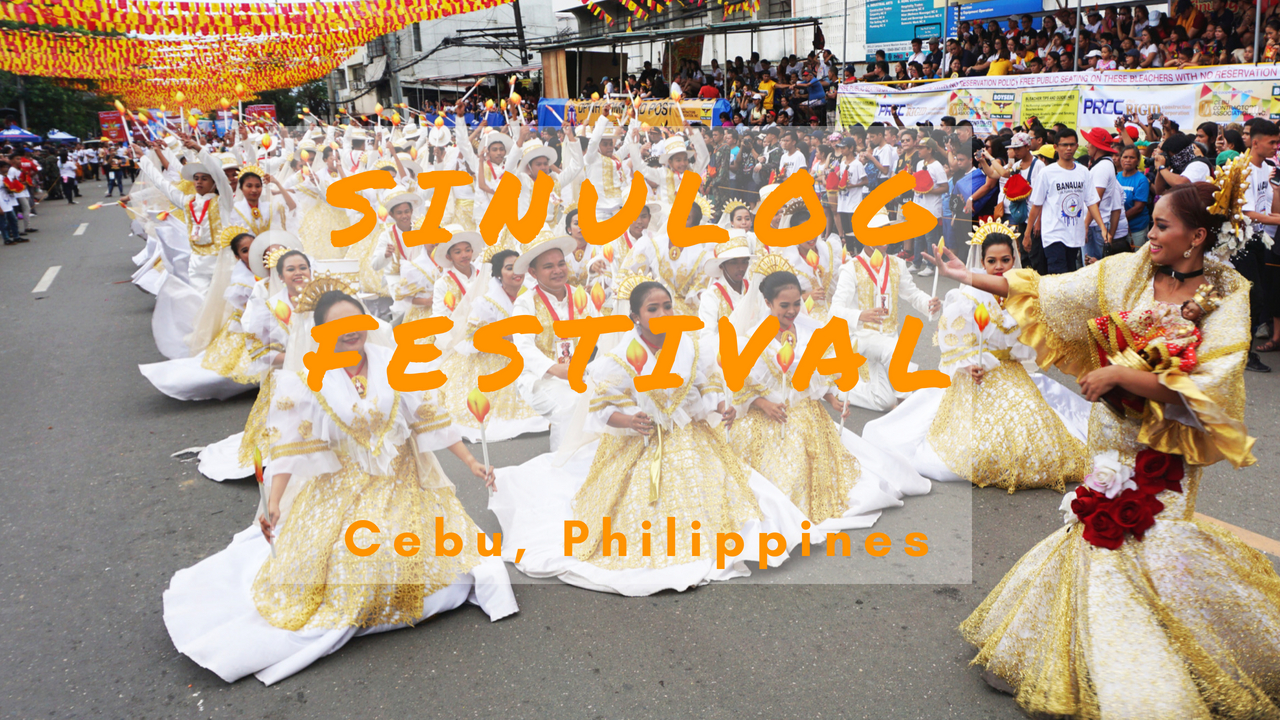 The Sinulog Festival is one of the most magical and amazing cultural experiences I have ever had! The entire island of Cebu shuts down and everyone congregates around the city center where people march, chant and follow the famous floats and parade. All over the place people are cheering “Viva Pit Senyor” while tossing handfuls of colored powders on people. The environment is full of fun and cheerfulness with smiles all around. If you have never been to the Philippines or to Sinulog in particular then we will cover some of the basics and background for this incredible annual festival. 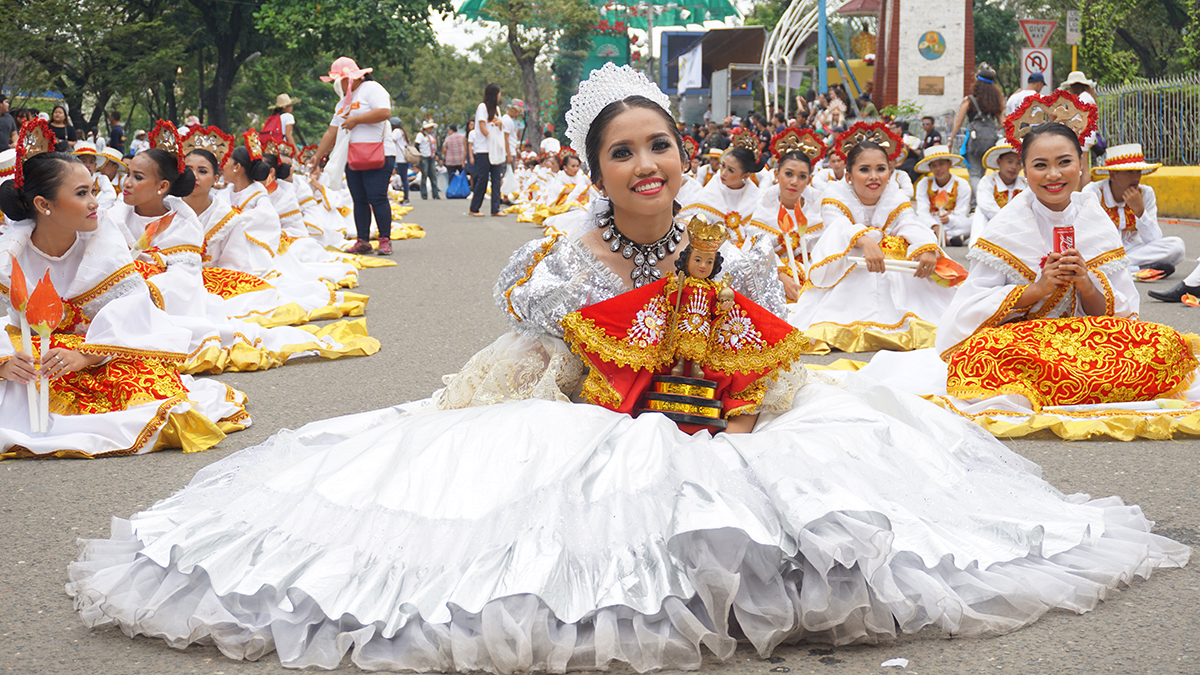 What is the Sinulog Festival?

Sinulog is a magnificent festival celebrated by Filipinos and other fellow Asians for over 30 years! The festival is held on the third Sunday of every year in January in the city of Cebu. This festival has grown in popularity and recognition internationally and is considered by many as the “Mother of all Festivals”. The primary focus of the event is centered around celebrating “Pit Senyor” or “Santo Niño” (Child Jesus). 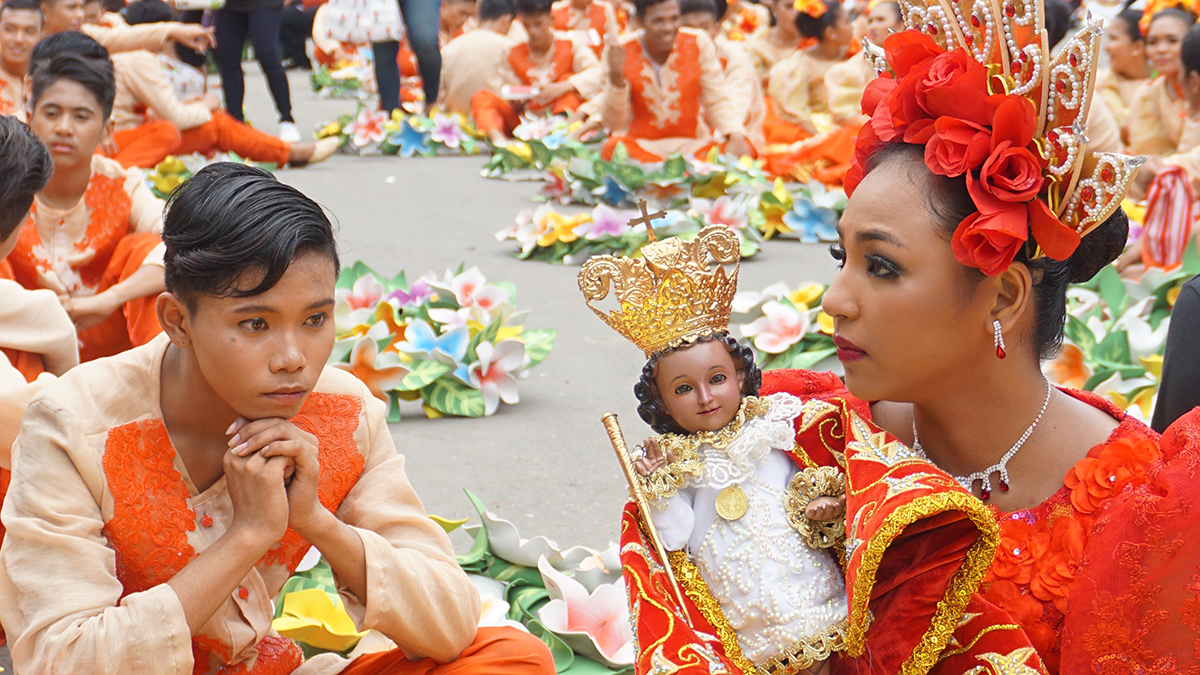 This event has embodied the religious belief and hopes of the people for hundreds of years. Historically speaking, after a failed Spanish expedition colonization attempt on April 27, 1565 by Miguel López de Legazpi  he set fire to the coastal town of Cebu, destroying over 1500 homes and killing 500 people. According to local legend, the widely venerated miracle of “Santo Niño” or “Pit Senyor” is the result of the surviving Filipino ancestors finding a completely unscathed sculpture of the baby jealous under the burned remains of the Catholic Church.

What to Expect at Sinulog

With continued growth in popularity and international awareness, this festival has grown to include more than just dancing and costumes. There are historical art exhibits, beauty pageants, photo contests, fireworks,  singing and dancing contests. This is a very impressive Filipino cultural experience. If you want to enjoy more than just the beaches and tropical islands and want to learn more about the history of the people in the Philippines then try to coordinate your trip for this time of year. As a result of the festivals fame the city of Cebu been recognized as the “City of Culture” by the Association of Southeast Asian Nations (ASEAN).

The parade starts south toward the South of the city and makes its way to the Fuente Osmeña Cir near the city center. The entire city will be shut down and there will literally be thousands of people walking the streets. Pretty much everyone in the Philippines speaks English and they are all so happy and friendly. If you’re traveling alone like I was then you may want to make some friends like I did when I met the most beautiful girl in the world ; ).

Being that I’m 1/4 Filipino, coming here has always been a dream of mine. I absolutely fell in Love with the Philippines and the people of Cebu but there was one girl in particular whom I will never forget, she stood out in a crowd of 10,000 people. Her friend was a fun animated little character yelling “Pit Senyor” at everyone until she lost her voice. No wonder the people of the Philipppines are considered some of the nicest people in the world. 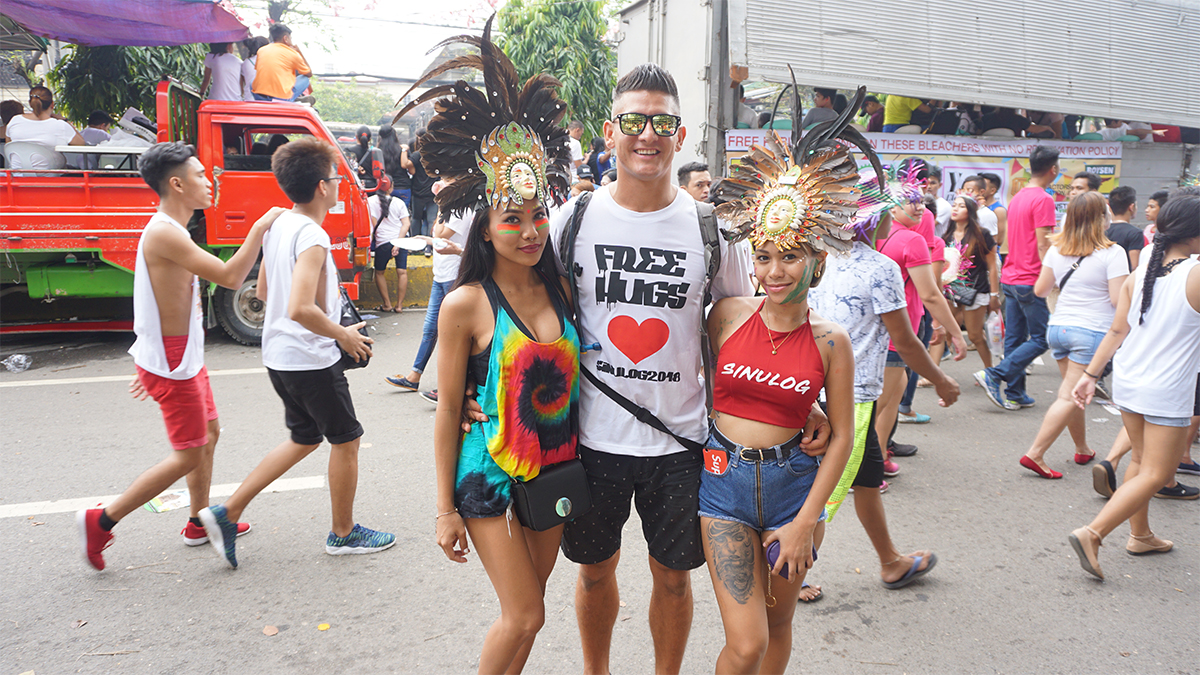 The parade starts in the south of the city and makes its way to the Fuente Osmeña Cir near the city center. The entire city will be shut down and there will literally be thousands of people walking the streets. Pretty much everyone in the Philippines speaks English and they are all so happy and friendly.It also gets super crowded the closer you are to the parade so if you are with other people try and hold hands and form a chain to keep track of each other and also make your way through the crowds easier. 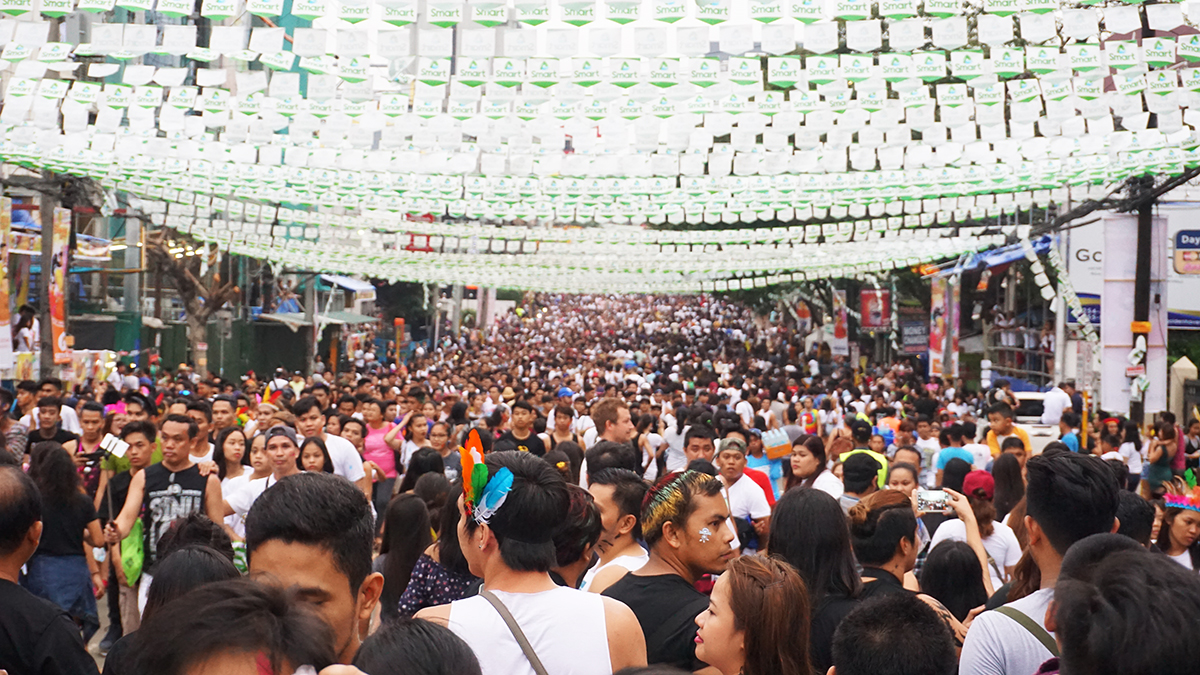 Due to widescale partying and crime, the post Sinulog festivities have been shut down by the Government. But after dancing, singing and walking all day going home was a good idea. Since there are so many people congregating in one area the Government also disables cellular communications in the City, presumably to deter terrorist attacks and ability to communicate. This makes it even more important to keep track of your friends. 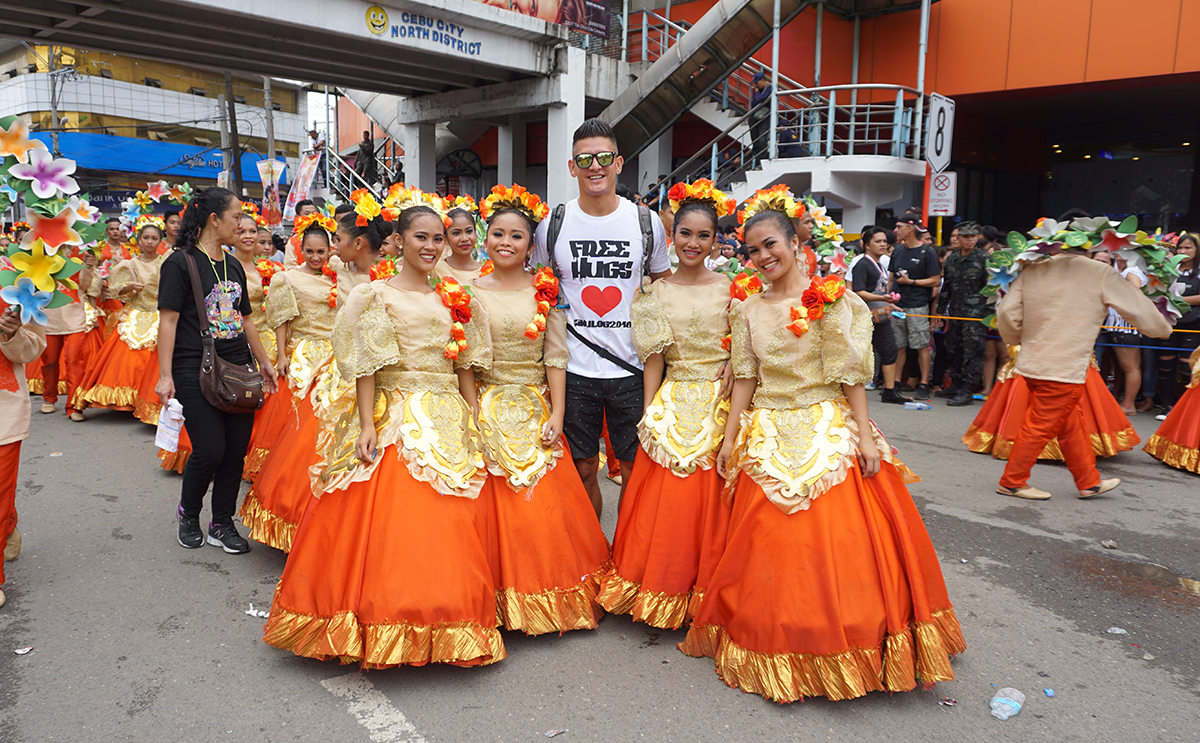 Everything about this festival and the Philippines was so incredible that I am considering going again this January. If you have any questions leave a comment below or follow me on instagram @nomadicnava, and subscribe to my Youtube.com/nomadictravel.