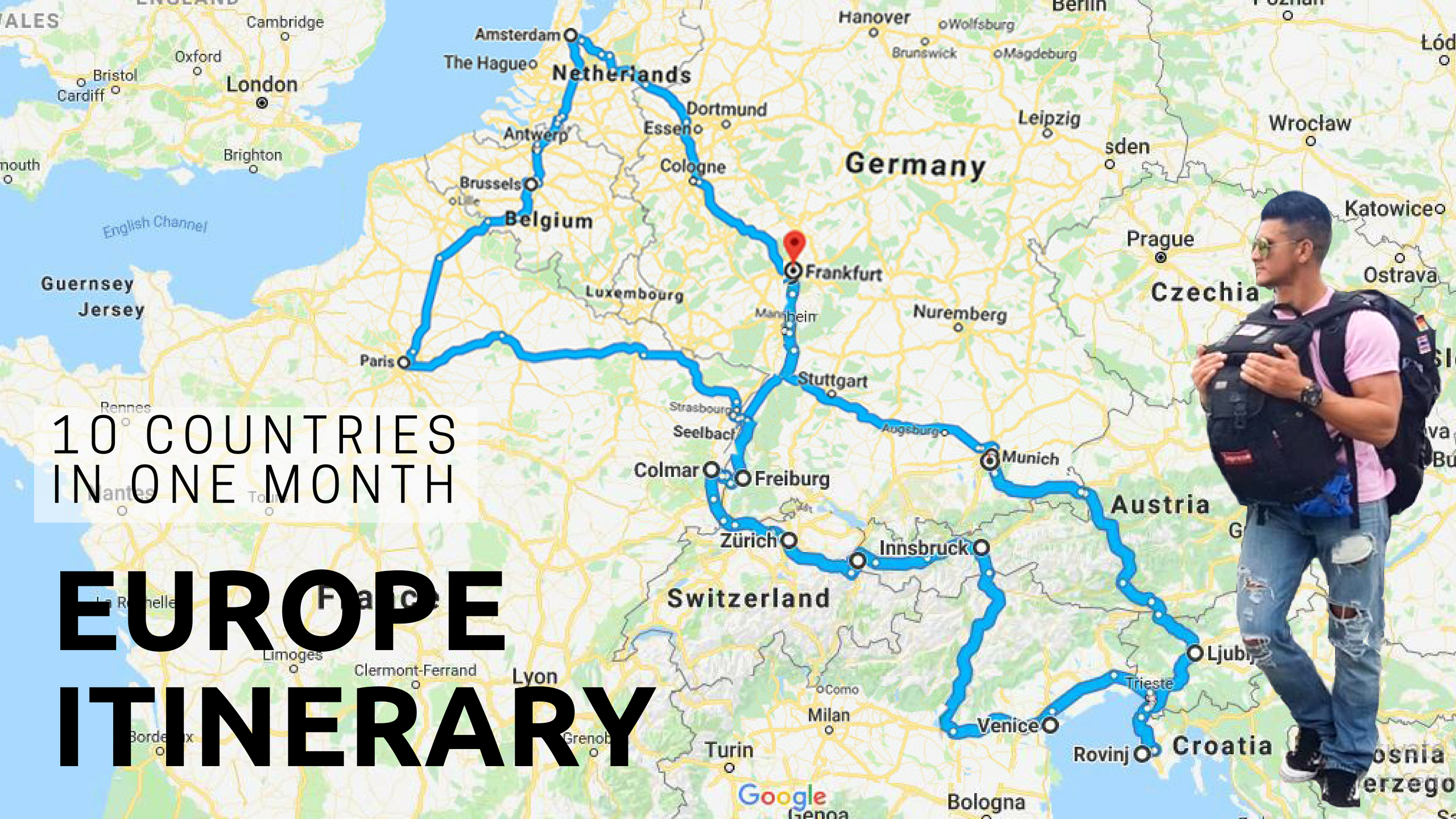 I spent 1 month traveling 4000 km to 10 countries in Europe and it was absolutely incredible! We used Flixbus to visit Germany, France, Switzerland, Liechtenstein, Austria, Italy, Croatia, Slovenia, Belgium, and the Netherlands. Though we didn’t get to visit all 16 EU nations in this trip we still covered a lot of ground and saw many amazing places I honestly never thought I would ever see. Below I will list our Europe itinerary in order of first to last even though we arrived and left from Germany and also had to go through it again on our way back from the Southeastern countries we went to. In all, the ten countries we visited in our Europe itinerary made a figure 8 shape. 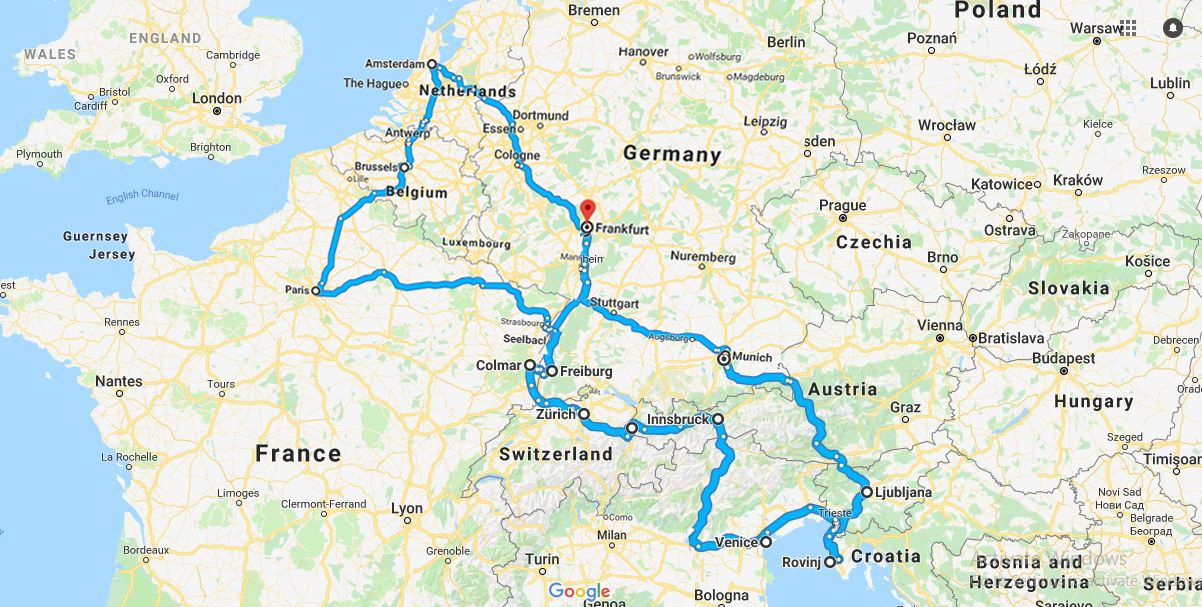 Our first two weeks we spend in Germany, spend a day in Colmar France before heading south to Zurich Switzerland. After that we did a day trip to the tiny country of Liechtenstein then we went over to Innsbruck Austria.

Venice was next on the list so we went south into Italy and then after a few days there we headed to Rovinj Croatia. I ended up throwing Ljulianja Slovenia into the plans since it was conveniently located on the way to Munich as visiting a friend in Germany was part of the plan before heading to Paris.

After an amazing time in Paris, we went North to Brussels Belgium where I highly recommend you watch your stuff if you plan on going out as theft and petty crime is rampant there. After Brussels, we went up North to the Netherlands to spend a few days chilling in Amsterdam. At this point, we were wrapping things up and spend our last couple of days in Frankfurt, tired from traveling and just wanting to relax.

If you’re wondering how we got around I used Flixbus to arrange all of my trips and hotels.com or Couchsurfing to find places to stay. We only used Couchsurfing.com a couple times and spent the majority of our trip in hotels but when you are in a crunch with bad arrival times and cannot check into a hotel it’s always nice to find a welcoming local to allow you to crash for a day. I host people in Thailand and really enjoy meeting other people from around the world and it’s particularly convenient being shown around by a local when you are away and out of your element.

After landing at Frankfurt in Germany we headed southwest to visit some friends in Freiburg im Breisgau, a small university town in the Black Forest region. This lovely town is known for its reconstructed medieval old town and its temperate climate. The Münsterplatz Cathedral was the only building left standing at the end of WWII and has been meticulously cared for ever since with a recent renovation and expansion of its tallest tower.

We ended up leaving and returning to Germany two more times on our way around the surrounding countries like Switzerland, Lichtenstein, Austria, Italy, Croatia, and Slovenia. We would return to Munich for some beers on our way over to the countryside town of Seelbach located in the west. This was a great place to unwind for a couple of days after traveling over 2000 km and visiting 6 countries. In the end, we spent our last weekend in Frankfurt, relaxing before finally heading home.

One of my Favorite places in France was Colmar with its Half Timber Renaissance style architecture, cobble-street roads and medieval appeal made for an excellent day trip. Being located only a half hour drive over the German border and Rhine river, this town is renowned for its wine and vineyards. 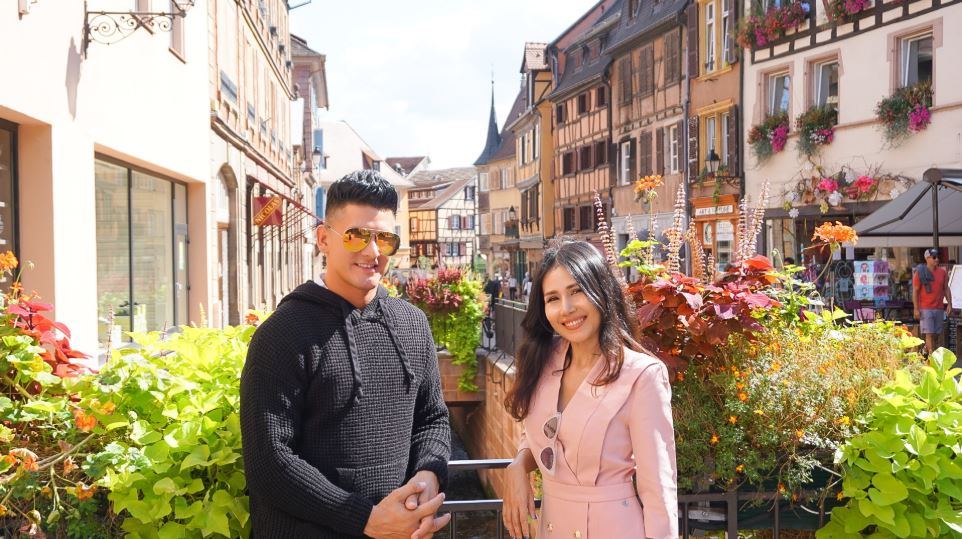 Our next stop was Strasbourg, another city bordering Germany on the West, bring the old capital of the Parliament it had plenty of historic architecture and history. Although I was not super keen on the number of tourists in Paris, it really lived up to my expectations with its grand sites including the Arc de Triomphe, Eiffel Tower, Louvre Museum, Pantheon and Notre-Dame. Despite the partially overcast skies, I ended up with some pretty amazing drone pics and video and was super happy to have visited here finally. 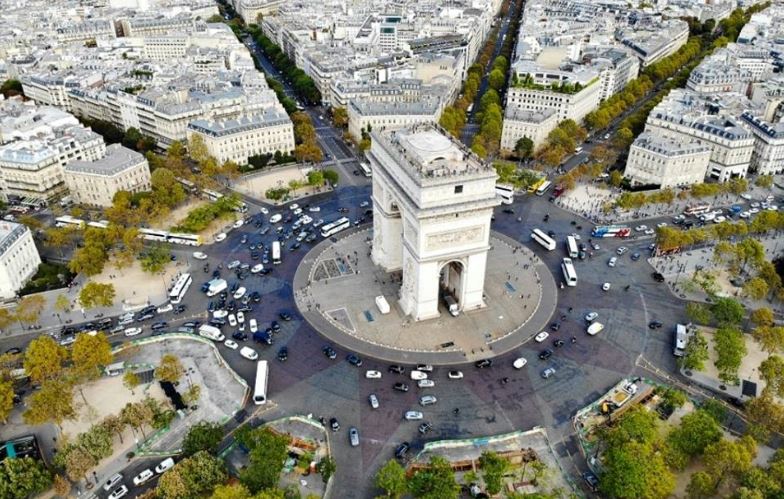 We ended up spending two days in Zurich Switzerland, which is known as a global banking and finance center, ended up being a very enjoyable place to stay. From the historically significant buildings and schools to Bahnhofstrasse, one of the most expensive streets in the world there is plenty to do and see here in a day or two. 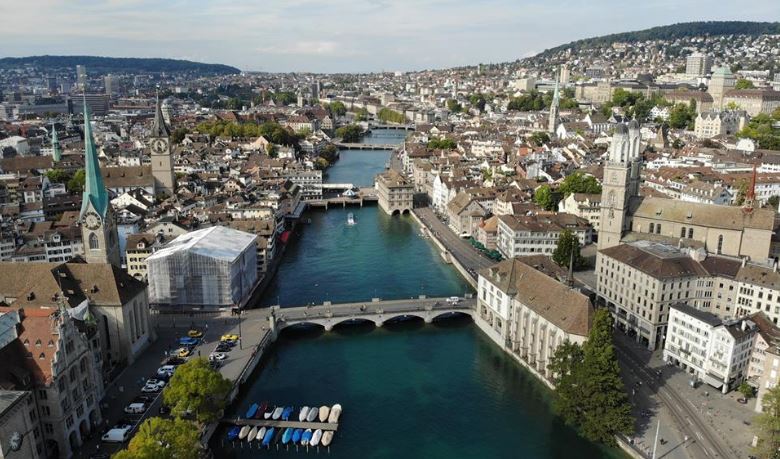 We ended taking a day tour with Grayline from Zurich for $68 to check out Liechtenstein, the Swiss Alps and Heidiland. This tiny and narrow German-speaking country is located in between Switzerland and Austria, made up of small towns interconnected by a single trail with a total country population of only 38,000 people. 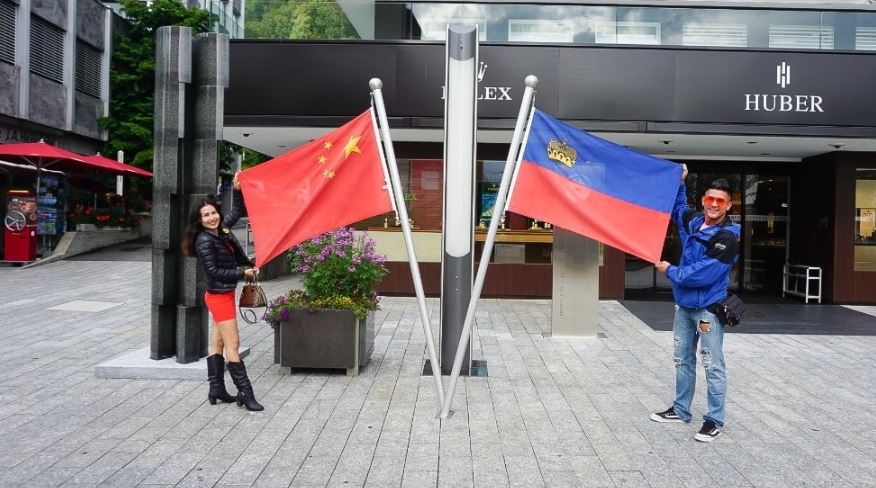 Innsbruck Austria is a beautiful little city surrounded by the Alps on one side and serving as a popular winter sports destination. The weather was perfect when we visited so we got to explore the town, eat some local food and learn some interesting facts like how their German is much different than the common German spoken by its larger ethnic and border cousins to the north. Unlike the French-German they speak in Switzerland, which is also hard to understand for most Germans, the Austrians speak a form of German only understood in the Bavarian region. Full of interesting history, good food, bier and beautiful outdoors Innsbruck was a great place to visit. 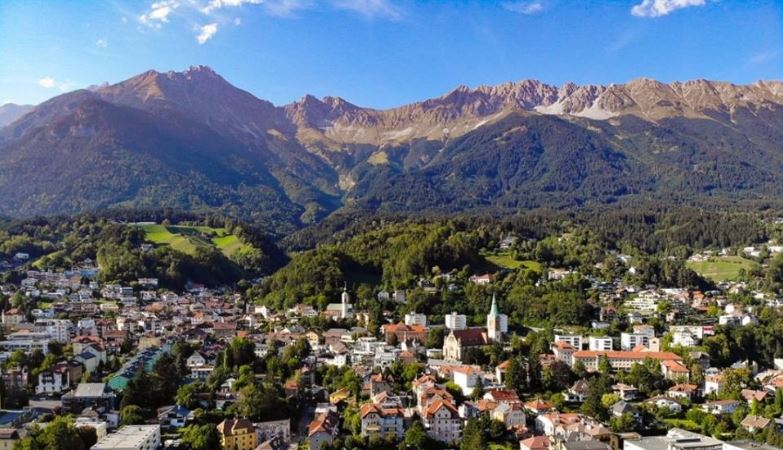 Considering the amount of time we had to visit all 10 countries meant I had to be selective about when and where we went. Given our geographic location and plans of returning to Germany before heading to France, Belgium and the Netherlands we ventured south from Austria Venice Italy. Out of the other places I would have liked to visit including Rome and Pisa, they were just too far south to throw in this trip without sacrificing time visiting other places we wanted to go on this trip.

That being said, Venice was absolutely Amazing! It was an incredible and unique location full of the classic Italian charm you would expect from stories and movies. To me, this place was comparable to Santorini in how everything was just so breathtaking and authentic. From the tiny intertwined walking streets with local Italian food in the air, cheap wine, and endless canals it made for a lovely 3 days. Gondola rides was definitely a unique experience going through the small canals and then returning via the large canal, you really get the full experience. 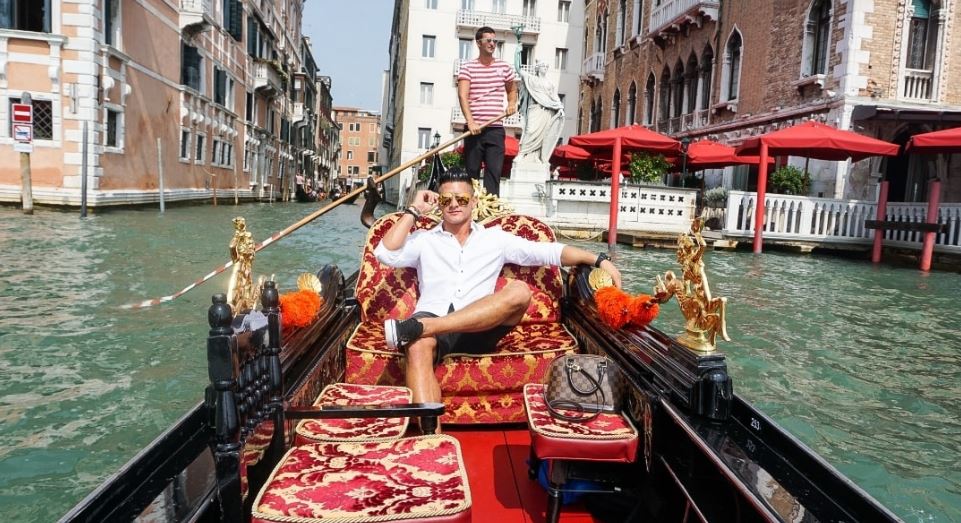 Some of my favorite footage were the images and video I captured with my drone flying through the canals and high overhead getting snaps of the island of San Marco and the surrounding areas. If your Europe itinerary doesn’t include Venice then you need to make some changes. 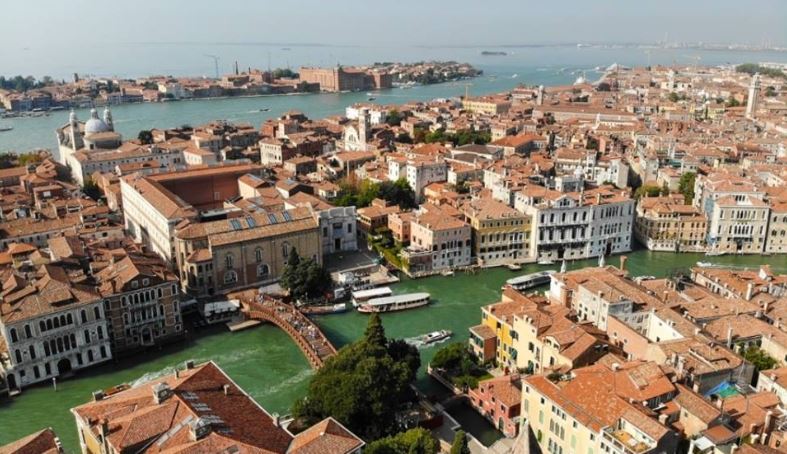 After Venice we headed to Croatia on a 4-hour bus ride, not able to head too far south to the more popular Dubrovnik in the south which gained its popularity for its filming locations in the Game of Thrones, we ended up visiting the small town of Rovinj. 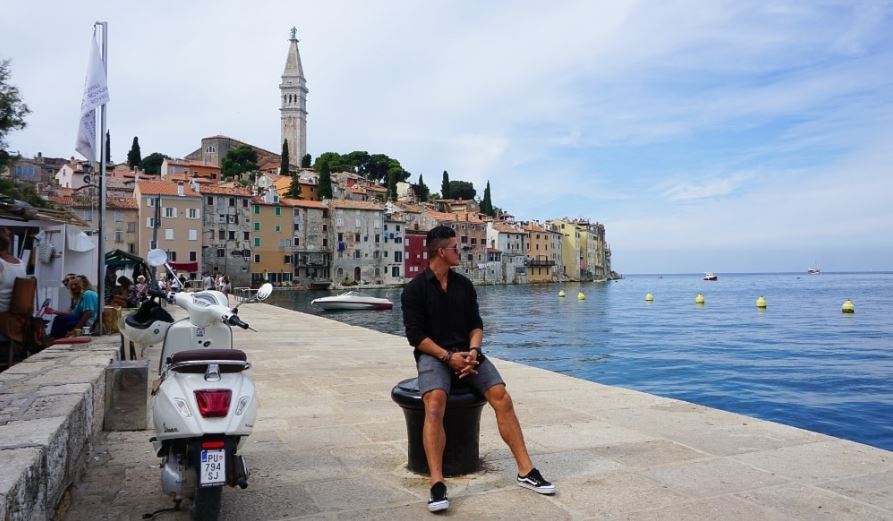 With pebble beaches, cobbled streets and a hilltop church overlooking the old town, this fishing town is full of charm. If you’ree looking for a peaceful place to get away then visiting here for a few days will do the trick. 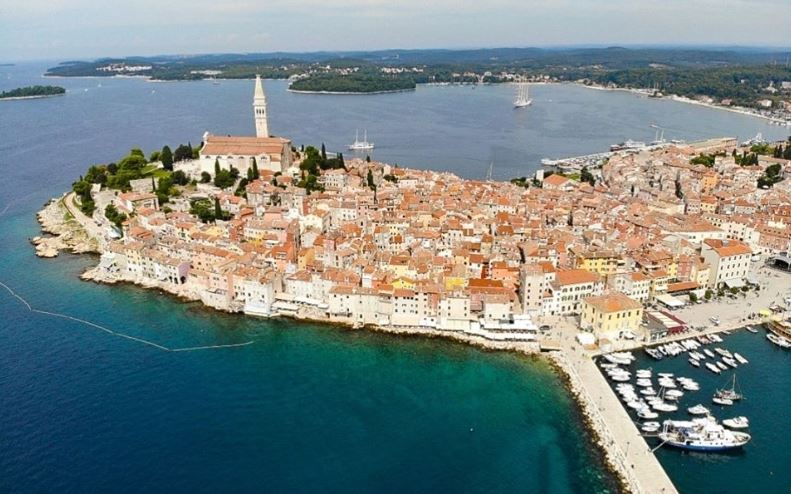 Ljubljana (pronounced lube-lee-yana) is Slovenia’s capital and largest city and was conveniently located on our way back to Munich Germany. Known for its river lined cafes, history and art museums, its expansive Tivoli park and hilltop castle. 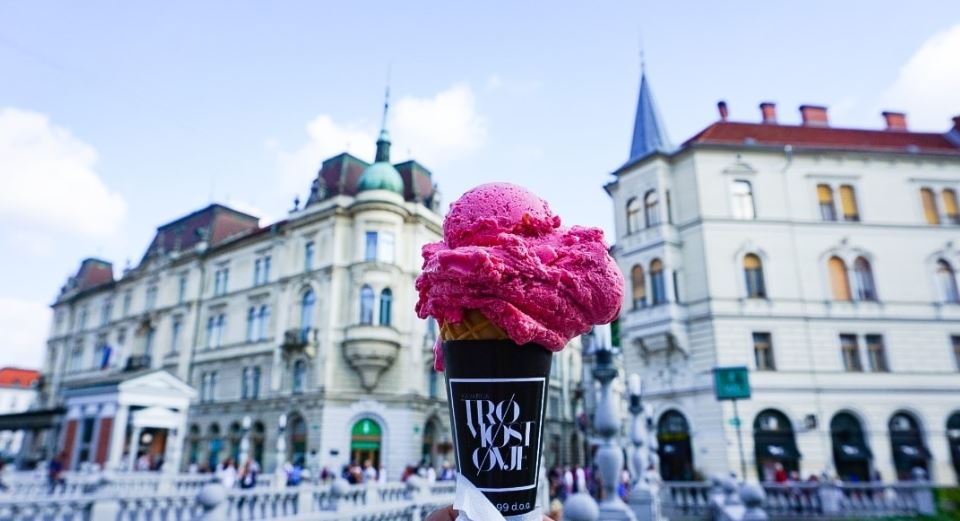 The Slovenian capital provides the charm of a smaller town with the sophistication one might expect from a larger metropolis. 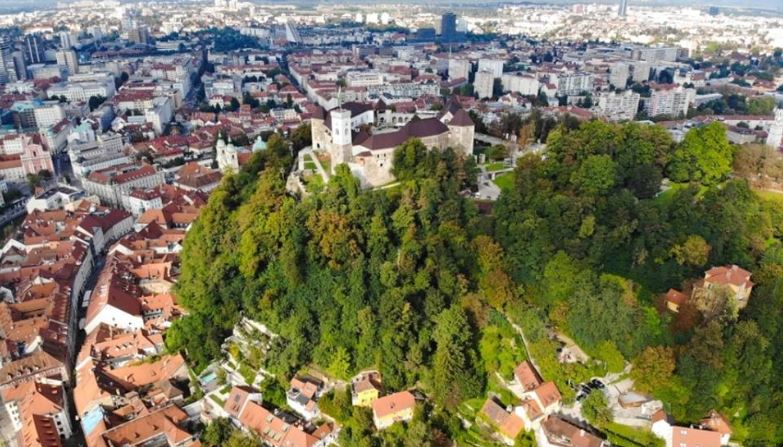 We ended up in Brussels Belgium where the selection of beer and chocolates did not disappoint. The city was beautiful, modern and clean and the old town square was marvelous. Even with the rain, this place was fun, from the Manneken Pis statue to the Delirium Bar, which is in the Guinness World Records for most beers in 1 bar, having over 4000 to select from. Unfortunately, my phone was stolen that night so I only had a couple of pictures. Guess that’s what happens when the bar wifi password at delirium is literally “bewareofpickpockets”. 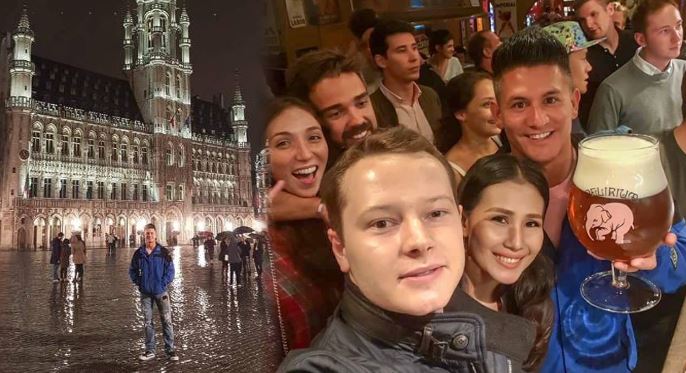 10 countries later we finally made it to our tenth, and what better way to relax after traveling over 3500 km than with a glass of coffee and some cultural cannabis. The elaborate canal system and artistic heritage of Amsterdam make the capital of the Netherlands an amazing place to visit. Surrounded by positivity and open-mindedness, the Dutch city really made the end of our trip special.

However, this place is so popular that when we decided to stay another day all the reasonably priced hotels were pretty much all booked up so if you plan on staying for more than a few days I recommend being on top of those reservations beforehand. Amsterdam is a must visit destination for any Europe Itinerary. 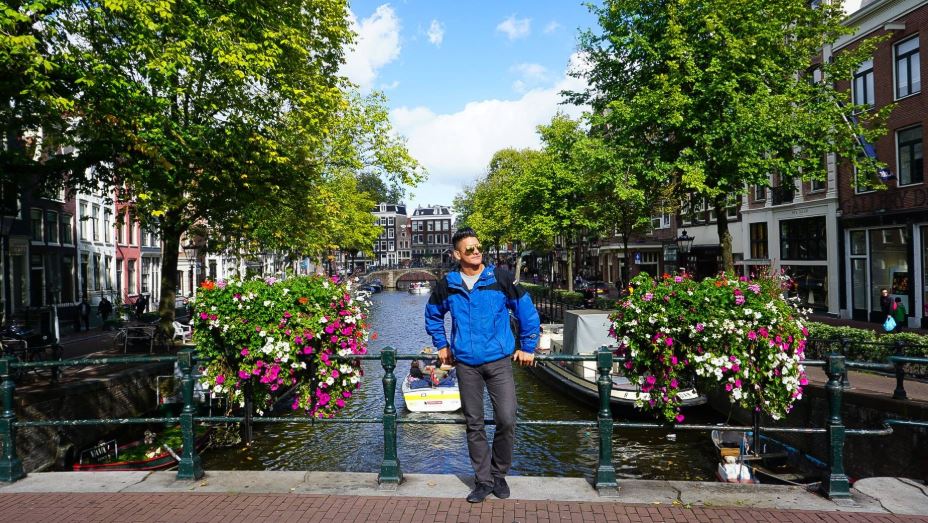 From the crowded I am Amsterdam sign to the art museums, red light district and ganja cafes this place has something for everyone. The selection of food and interesting Dutch cuisine made the trip all the better. Whether you are biking or walking around, the tram system and countless things to see and do will keep you busy for the duration of your stay. You can even visit a Marijuana or Sex Museum while you’re there! 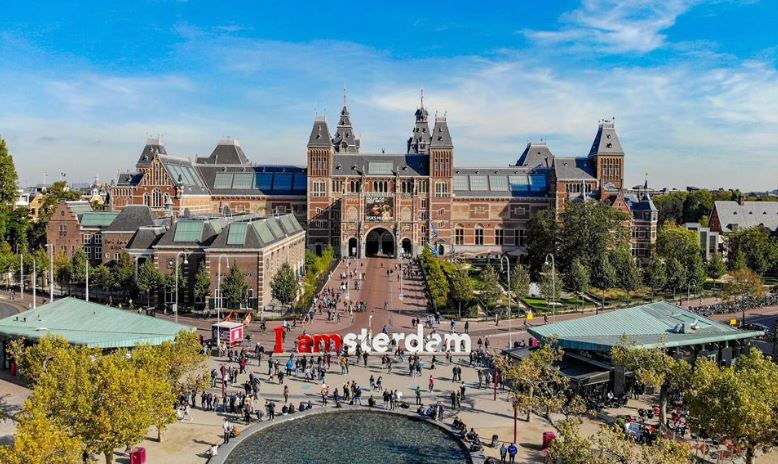 After our 4000 km backpacking Europe itinerary was completed, we were exhausted but full of so many unforgettable experiences and memories. I recommend anyone no matter how old you are to try and spend a month in Europe. The food, history, and culture are enough to experience with each country providing their own unique styles of architecture and vibe.

10 Things To Do In Ljubljana

5 Places to Visit in Paris

5 Things to do in Rovinj Croatia

7 Things to do in Colmar